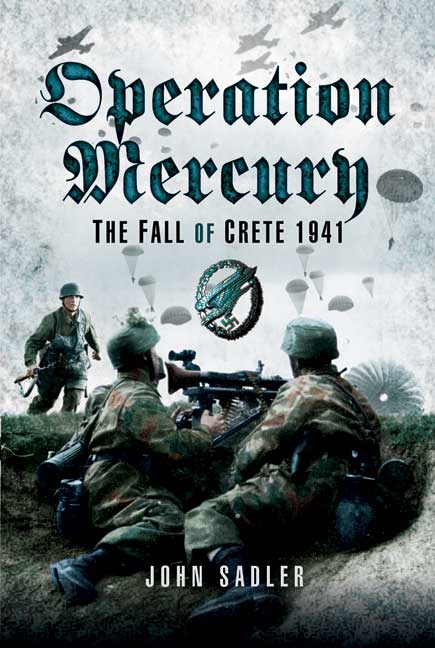 Click here for help on how to download our eBooks
Add to Basket
Add to Wishlist
You'll be £4.99 closer to your next £10.00 credit when you purchase Operation Mercury. What's this?
Need a currency converter? Check XE.com for live rates

Unlike the few other books written on the catastrophic fall of Crete in May 1941, this book concentrates on the military actions between the first German paratroop landing on 20 May and the final defeat and evacuation on 30 May. As well as studying the strengths, tactics, leadership and weapons of both sides, the book contains numerous graphic personal anecdotes by participants, be they German, Allied or Cretan. While the battle was a decisive defeat for the Allies, the Germans made a disastrous start. How they recovered from this so spectacularly is well covered. This is a worthy addition to the Battleground series being both a fine study of the conflict and an invaluable guide. The Author has visited Crete on many occasions and knows the ground well.