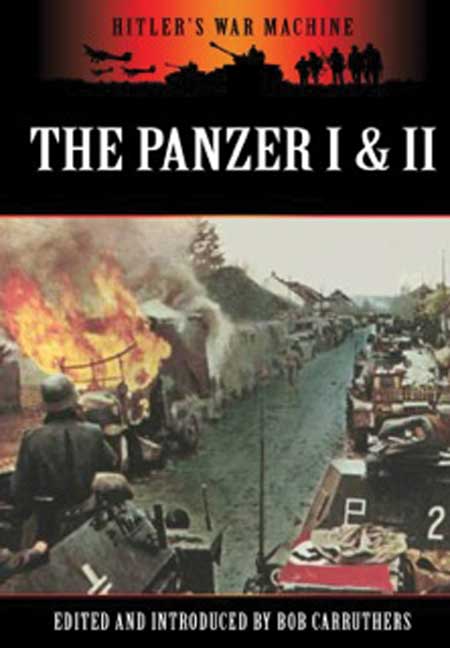 Click here for help on how to download our eBooks
Add to Basket
Add to Wishlist
You'll be £4.99 closer to your next £10.00 credit when you purchase Panzers I & II. What's this?
Need a currency converter? Check XE.com for live rates

The first vehicle to be produced in any numbers for the Panzerwaffe was the tiny Panzer I known as the MG Panzerwagen. Almost from the outset the limitations of the design for the Panzer I were obvious. It was essentially a training vehicle which was only pressed into service as a last resort. It was to be succeeded by the Panzer II which could at least engage armoured cars and combat against tanks with approximately the same armour as itself.

Together these two tanks formed the bulk of the armour which between 1939 and 1941 conquered half of Europe.

This comprehensive overview of the light Panzers in action was compiled by Emmy Award winning historian Bob Carruthers. It draws heavily on war-time intelligence reports to produce a fascinating insight into the development and combat history of the light Panzers at the tactical and operational level.

Also featured are rare developments such as the Panzer II flame thrower variant alongside unpublished photographs and illustrations which provide an absorbing study, from an array of primary sources, of the world of the light Panzer and their crews from contemporary Allied sources.