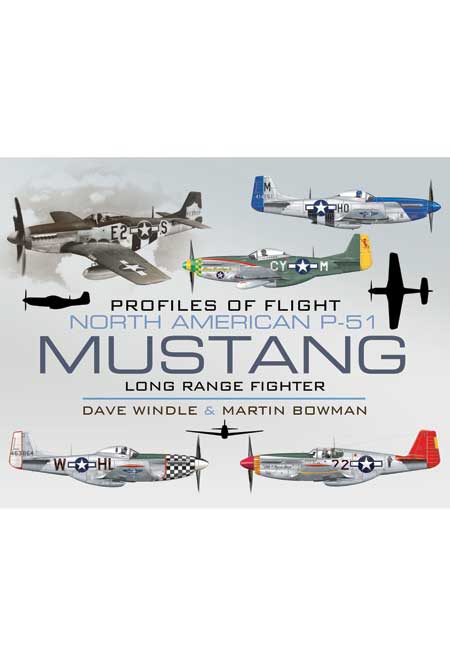 Click here for help on how to download our eBooks
Add to Basket
Add to Wishlist
You'll be £4.99 closer to your next £10.00 credit when you purchase Profiles of Flight- North American Mustang P-51. What's this?
Need a currency converter? Check XE.com for live rates

The Mustang was born from a British WW2 specification to North American during 1940. The prototype was completed within 117 days but the RAF was not happy with the aircraft’s performance and suggested replacing the V-12 Allison engine with the more powerful RR Merlin. The result was a superbly fast and manoeuvrable aircraft that had the range to escort Allied bomber forces on raids deep into occupied Europe. A total of 15,469 of the type were built and were also used in combat during the Korea War.
This book contains the world famous colour profiles created by Dave Windle of the type in different operational modes, configurations and colour schemes. Martin Bowman has written detailed descriptions and supplied superb photographs to create the perfect enthusiast’s reference.

It includes a Visual Guide through Profiles. -35 impressive full colour profiles of the device in different operating modes, configurations and colour schemes.A useful and interesting book for Aircraft Modellers.