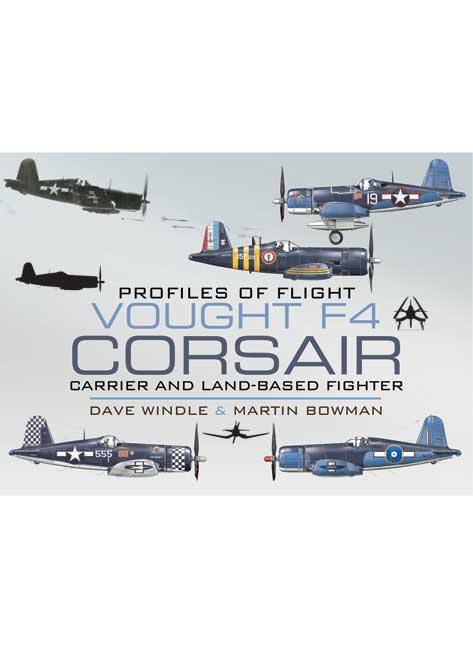 Click here for help on how to download our eBooks
Add to Basket
Add to Wishlist
You'll be £4.99 closer to your next £10.00 credit when you purchase Profiles of Flight - Vought F4 Corsair. What's this?
Need a currency converter? Check XE.com for live rates

The Vought F4U was the best carrier based fighter of WW2. 12,571 aircraft were built and downed 2,140 enemy aircraft for the loss of only 189 Corsairs. It was developed early in 1938 for the US Navy. The designer, Tex Beisel, worked on the principle of the largest engine in the smallest airframe. Britain received 2012 of the type.