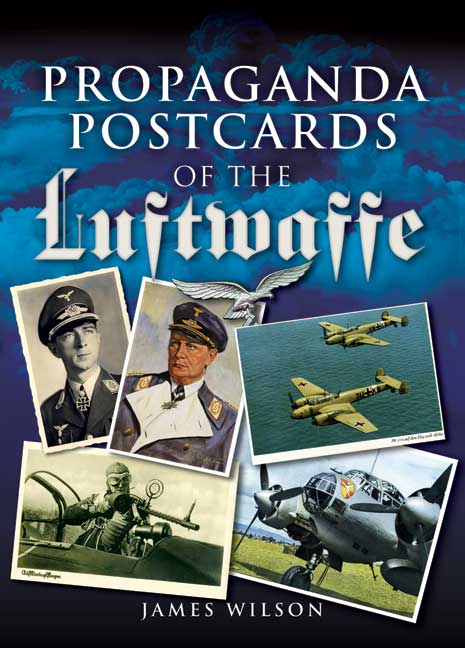 Propaganda Postcards of the Luftwaffe (Kindle)

Click here for help on how to download our eBooks
Add to Basket
Add to Wishlist
Get Propaganda Postcards of the Luftwaffe (Kindle) for FREE when you purchase 2 other eBooks.
Need a currency converter? Check XE.com for live rates

Propaganda Postcards of the Luftwaffe focuses on the efforts of the powerful Nazi propaganda machine to promote the technical achievements and might of the then newly created German airforce. The Luftwaffe had been announced to the world in March 1935, despite the restrictions contained in the Versailles Treaty signed after the First World War denying Germany the right to develop military aircraft. All major aircraft types used by the Luftwaffe together with many lesser known, obscure and secondary types are represented in this book. There is a section covering the main figures of the Luftwaffe and the leading aces who flew the aircraft. The German Air and Propaganda ministries worked together and, using professional photographers produced quality images, which were then made available to the general public in an attempt to inspire the nation and create strong moral.

In this book, which traces the history of the Luftwaffe from its earliest days to final defeat in 1945, the author shares with us his unrivaled collection.

The result is a fascinating record of a mighty war machine and a particular delight for aviation enthusiasts.