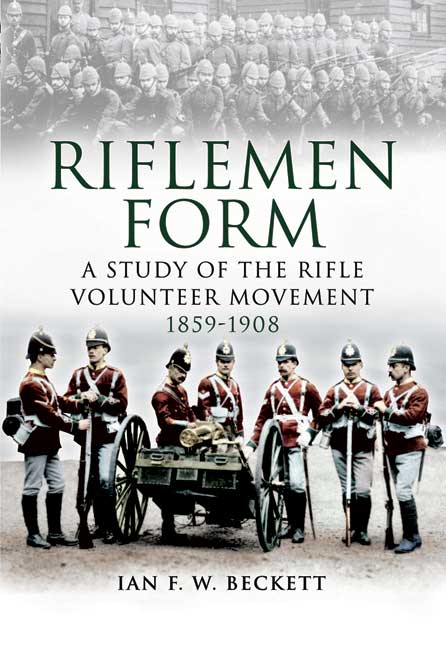 Click here for help on how to download our eBooks
Add to Basket
Add to Wishlist
You'll be £4.99 closer to your next £10.00 credit when you purchase Riflemen Form. What's this?
Need a currency converter? Check XE.com for live rates

Lt.-Gen. Sir Garnet Wolseley commented that history would record the formation of the Volunteers Movement as one of the most remarkable events in the century. In this study of the Rifle Volunteer Movement, the author Ian Beckett has drawn from a wide range of primary source material such as official, regimental, local and private repositories. He has been able to put into perspective the Movement within the structure of the Victorian and Edwardian social, political and military affairs from its formation in 1859 to its absorption in the Territorial Force in 1908.