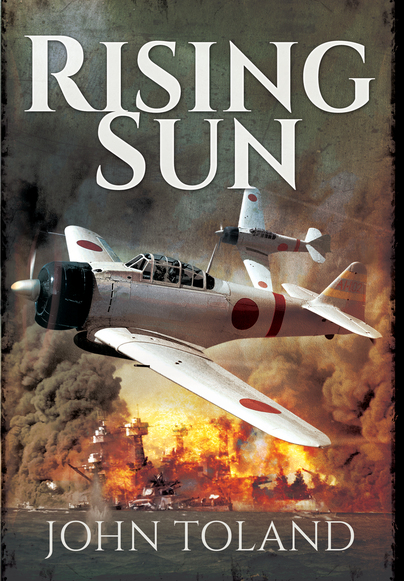 Click here for help on how to download our eBooks
Add to Basket
Add to Wishlist
You'll be £4.99 closer to your next £10.00 credit when you purchase Rising Sun. What's this?
Need a currency converter? Check XE.com for live rates

This magnificent Pulitzer Prize-winning history, told primarily from the Japanese viewpoint, traces the dramatic fortunes of the Empire of the Sun from the invasion of Manchuria to the dropping of the atomic bombs, demolishing many myths surrounding this catastrophic conflict.
Why did the dawn attack on Pearl Harbor occur? Was was inevitable? Was the Emperor a puppet or a warmonger? And, finally, what inspired the barbaric actions of those who fought, and who speak here of the unspeakable - murder, cannibalism and desertion?

'The most readable, yet informative account of the Pacific War' Chicago Sunday Times

I was continually amazed at the sheer volume of research that must have gone into this book.

First published in 1971, this monumental publication (which runs to no less than 954 pages) traces the dramatic fortunes of the Empire of the Sun from the invasion of Manchuria to the dropping of the atomic bombs in 1945. Along the way, and presenting the account primarily from the Japanese viewpoint, the author examines many myths surrounding this catastrophic period in history. One read will reveal why this is a Pulitzer Prize-winning publication.