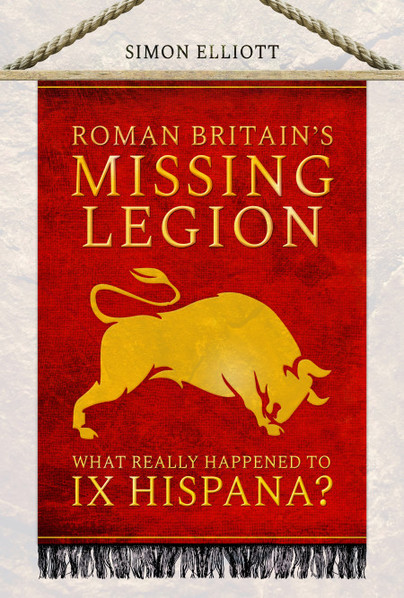 Click here for help on how to download our eBooks
Add to Basket
Add to Wishlist
You'll be £4.99 closer to your next £10.00 credit when you purchase Roman Britain's Missing Legion. What's this?
Need a currency converter? Check XE.com for live rates

The book is a great and fascinating read, you may not agree with every thing the author suggests but it is a page turner. It felt like I was reading a mystery novel at times, in that I couldn’t wait to read the next section to discover a new insight. It was definitely an engaging read, and one I couldn’t put down. It’s well written and superbly researched.

I think this will definitely appeal to military historians, those who love a good mystery and wargamers. Wargamers have the opportunity to possibly use some of the theories as a backdrop to a campaign. The book offers some interesting and intriguing ideas around the fate of the Ninth. I can’t recommend this book enough, there’s plenty inside for you to sink your teeth in and get the old brain matter working overtime.

The story alone would be enthralling, but Simon Elliott is the perfect guide to take us through the pages of history and across the entire Empire. He is deeply knowledgeable, rigorously sceptical and quite happy to present his own ideas and then knock them down in favour of better ones.

Here we have an historical detective story pursued with academic rigour. The mystery trail is that of the legio IX Hispana from its raising by Octavian in 44/43 BC to its disappearance from the historical record between 104 and 108 AD. All the plausible explanations are dealt with. The four major possibilities/probabilities are each considered both in an evidential way and speculative way. The conclusions are as precise and strong as the evidence allows. This raising and discussion of the possibilities is the substance of the book and is fascinating to follow
There are some appropriate photographs and an excellent bibliography. .To give away the conclusion would be to spoil a real detective story.
We highly recommend this book.

An excellent inquiry into the fate of Legio IX Hispana. All of the options are discussed and the author’s view on its fate is well balanced. Good read.