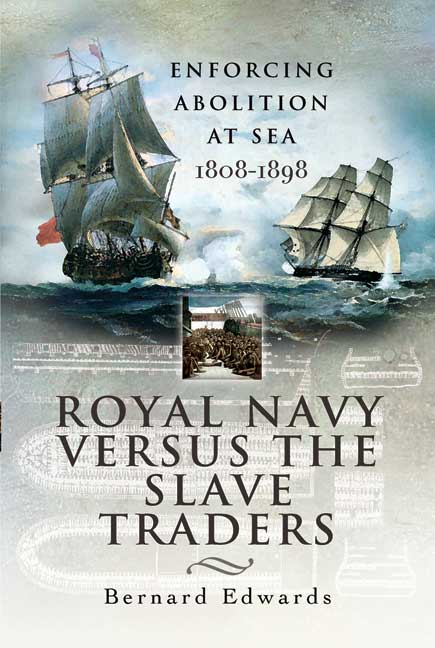 Click here for help on how to download our eBooks
Add to Basket
Add to Wishlist
You'll be £4.99 closer to your next £10.00 credit when you purchase Royal Navy Versus the Slave Traders. What's this?
Need a currency converter? Check XE.com for live rates

On 16 March 1807, the British Parliament passed The Abolition of the Slave Trade Act. In the following year the Royal Navy's African Squadron was formed, its mission to stop and search ships at sea suspected of carrying slaves from Africa to the Americas and the Middle East. With typical thoroughness, the Royal Navy went further, and took the fight to the enemy, sailing boldly up uncharted rivers and creeks to attack the barracoons where the slaves were assembled ready for shipment. For much of its long campaign against the evil of slavery Britain's Navy fought alone and unrecognised. Its enemies were many and formidable. Ranged against it were the African chiefs, who sold their own people into slavery, the Arabs, who rode shotgun on the slave caravans to the coast, and the slave ships of the rest of the world, heavily armed, and prepared to do battle to protect their right to traffic in the forbidden black ivory. The war was long and bitter and the cost to the Royal Navy in ships and men heavy, but the result was worthy of the sacrifices made. The abolition of the slave trade led to a scramble for empires and, in place of slaves, Africa began to export cocoa, coffee, timber, palm oil, cotton and ores, all very much in demand in the West.

I am glad that I was able to read this book. It is extremely informative and not a lot of people (including me) know enough about this subject. I learned a lot while reading this book.

It's compelling and high time the men that did the work on the ground to physically stop slavers, were recognised.

A very interesting look at slave trading in the 1800’s and the efforts to stop the trade by the British Navy. This is not a well known effort and the stories were very well told. It was an extremely informative book.