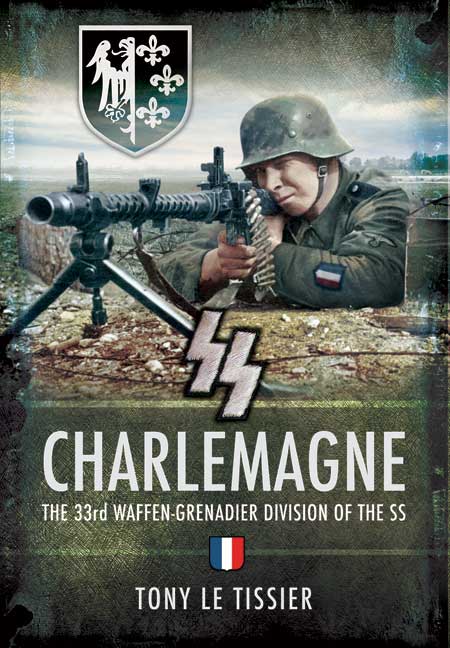 Click here for help on how to download our eBooks
Add to Basket
Add to Wishlist
You'll be £4.99 closer to your next £10.00 credit when you purchase SS Charlemagne. What's this?
Need a currency converter? Check XE.com for live rates

In May 1945, as the triumphant Red Army crushed the last pockets of German resistance in central Berlin, French soldiers fought back. They were the last surviving members of SS Charlemagne, the Waffen SS division made up of French volunteers. They were among the final defenders of the city and of Hitler s bunker. Their extraordinary story gives a compelling insight into the dreadful climax of the Battle for Berlin and into the conflicts of loyalty faced by the French in the Second World War. Yet, whatever their motivation, the performance of these soldiers as they confronted the Soviet onslaught was unwavering, and their fate after the German defeat was grim. Once captured, they were shot out of hand by their French compatriots or imprisoned. SS Charlemagne is a gripping, fluently written study of one of the most revealing side stories of the war.

Contrary to their reputation for ethnic purity, the Waffen SS evolved into a surprisingly diverse organisation with numerous divisions formed around volunteers from occupied nations and beyond. The origins of SS Charlemagne began with the Légion des Volontaires Français in 1941, and the disappointingly small number of Frenchmen who volunteered to serve with it on the Eastern Front. It was not until the final months of the war when a Division of 6,000 men was properly formed and thrown into the futile attempts to halt the Russian advance on Berlin, and it was here that the survivors had the dubious honour of being the last troops to defend Hitler in the Fuhrerbunker. This book is largely formed around the first hand accounts of its members who were fortunate enough to survive both the battle and the post-war French legal system, if they were not executed on the spot, and they reveal the unyielding determination of SS Charlemagne as well as the horrendous fighting which took place amongst the ruins of Berlin and a regime in its death throes.