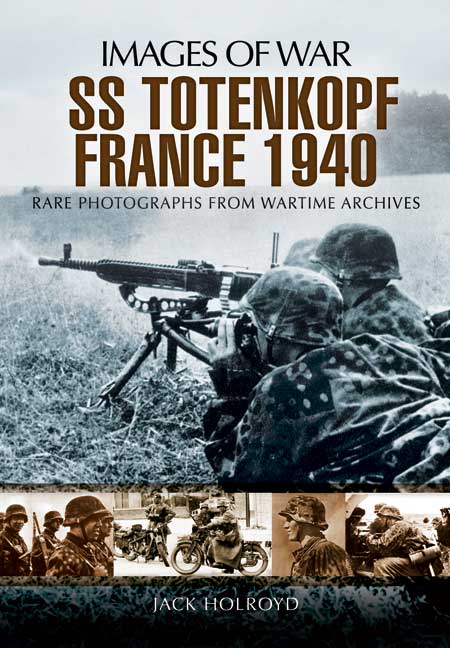 Click here for help on how to download our eBooks
Add to Basket
Add to Wishlist
You'll be £4.99 closer to your next £10.00 credit when you purchase SS-Totenkopf France 1940. What's this?
Need a currency converter? Check XE.com for live rates

By the end of the Second World War the reputation of Hitler's Schutzstaffel (SS) had become so heavily sullied that the organization was branded criminal and banned in post-war Germany. It's authority in Nazi Germany had been enormous having been made responsible for Reich internal security, it implemented Nazi racial policy and managed the death camps. Most oddly it produced a rival military organization to the German regular army – fighting alongside it but never a part of it – the Waffen SS.

SS-Totenkopf is a photographic account of that unit's birth and first month of active service. The Division, formed from concentration camp guards, fought alongside Rommel's 7th Panzer Division against the only British armoured counter-attack of the campaign. However, instances of atrocities committed by men of the Totenkopf began early and the machine-gunning of 97 prisoners of the Norfolk Regiment occurred. In this brief and violent history of the birth of an SS division the original captions and text which accompanied the photographs have been retained in order to capture the original flavour. The translated text appears inter spaced with the author's explanations.

The SS War Correspondent photographers risked their lives to take some of these pictures so up-with-the-action they were and, with their 'blood up', their comments are nationalistically passionate. This is understandable, so successful was the Blitzkrieg campaign in 1940 compared to the efforts of their fathers in 1914-1918 when they failed to break through to the Channel coast. It helps us to understand the euphoric reaction of some of the Totenkopf at the sight of the English Channel.