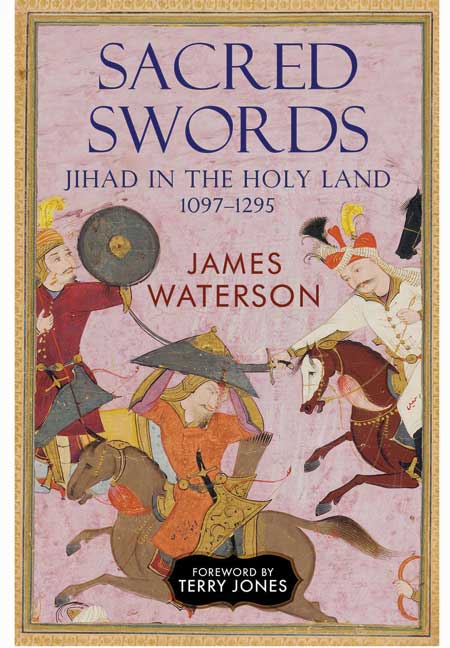 Click here for help on how to download our eBooks
Add to Basket
Add to Wishlist
You'll be £4.99 closer to your next £10.00 credit when you purchase Sacred Swords. What's this?
Need a currency converter? Check XE.com for live rates

In 1071 Muslim Turks crushed the Byzantine Emperor s Anatolian army at Manzikert. The Crusades, the West s response to this catastrophe, are well known as are the names of the European nobles who fought in them. The names and deeds of many of the Crusaders opponents in the Holy Land are often unfamiliar to Western readers. Using primarily Muslim sources, Sacred Swords reconstructs the politics of the Levant on the eve of the First Crusade and places it in the wider context of the Muslim world of the period. This was a realm where war with the Crusaders was only one part of the military and political endeavours of a Muslim prince of the Levant. Much of the action is comprehensible only when the outlook and position of the Princes is understood. Waterson tells the story of the famed leaders of the jihad the lives and deeds of Zangi, Nur al-Din, Saladin and Baybars are all recounted. Sacred Swords also illustrates the evolution of the jihad in which these Princes were engaged. The story of the Holy War that would eventually destroy the Latin Kingdom is traced and analysed from its origins among the Princes of northern Iraq, as is the long naval contest that raged between the navy of Egypt and the Crusader fleets.

The author has already written two good books on the period (on the Assassins and the Mamluks), and in this volume he explains the importance of good leadership in allowing the Muslims to recover their lost lands.
Waterson negotiates the complex history of the period very well, although a reader new to the topic will need to concentrate hard on unfamiliar names of people and places.
The book is a crossover between history and a military history, with a good analysis of troop types and clear descriptions of the battles to satisfy the requirements of the latter.