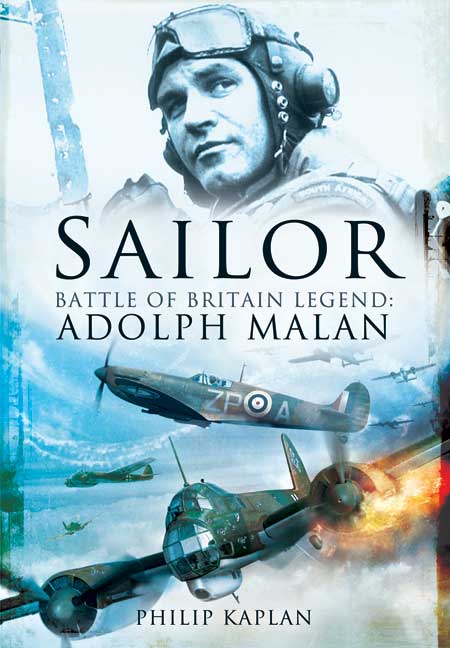 Click here for help on how to download our eBooks
Add to Basket
Add to Wishlist
You'll be £4.99 closer to your next £10.00 credit when you purchase Sailor Malan. What's this?
Need a currency converter? Check XE.com for live rates

'I do not think that Malan could join a squadron without improving it, however good it was. Not by sword-waving, but by a strength of mind and integrity that are at once recognisable and effective...he was the best pilot of the War' – Air Commodore Al Deere, C.B.E., D.S.O., D.F.C.

Malan was thirty years of age during the Battle of Britain, old for a fighter pilot, but his maturity gave his leadership a firm authority. The Battle of Britain produced many airmen of great skill and accomplishment; high achievers who made their mark in one of history's most memorable and demanding campaigns. But only a few of these men distinguished themselves in such a way as to become legends in their own lifetimes. Among the greatest of these was Sailor Malan.

Here is the story of this talented man, eloquently told by Philip Kaplan who manages to strike a balance between objectivity and reverence in order to commit Malan's story to paper. Featured too are a series of evocative black and white illustrations which supplement the descriptive text and work to create a real sense of the character of the man, flourishing as he did in this dramatic wartime context. As Malan continues to inspire young Aviators, this record looks set to preserve his legacy for a new generation of pilots as well as hardy Aviation enthusiasts.

I enjoyed this book and it took me back to my younger days where I searched high and low during my weekly library visits for similar accounts of Second World War heroes.

This wonderful book evokes the memory of [Adolf Malan] and many of his contemporaries. Philip Kaplan scores again.

The engaging story of Adolph Malan, a brilliant Pilot in the Second World War, who was once described as 'the best pilot of the War'.