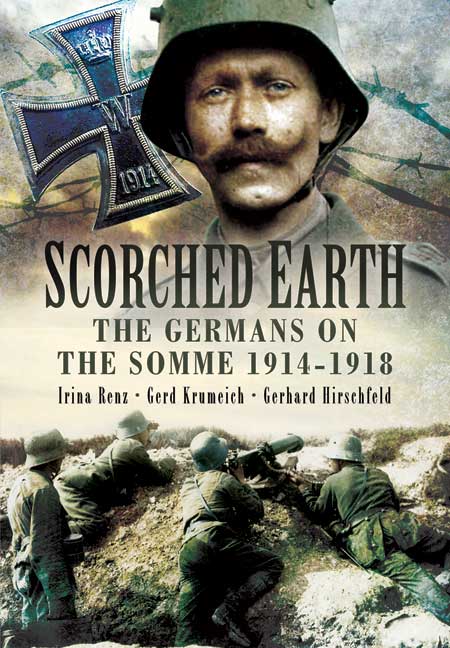 Click here for help on how to download our eBooks
Add to Basket
Add to Wishlist
You'll be £4.99 closer to your next £10.00 credit when you purchase Scorched Earth. What's this?
Need a currency converter? Check XE.com for live rates

This book discusses in detail the experience of German warfare in the first World War, focusing specifically on the battle of the Somme. The Somme, together with other regions of northern France, had also lain under German domination. Its inhabitants had been rigorously suppressed and their possessions carted off as booty. Finally, during their 1917 withdrawal, the Germans had subjected the whole region to Operation Alberich, a retreat involving unparalleled brutality which left the population in occupation of a wilderness wrought by war (the "scorched earth policy"). A well-known, and well-researched account, the authors have combined their research skills to produce a book which includes private testimonies. Amongst these are many unknown or previously unpublished letters and diaries as well as numerous photographs.

From start to finish, it relays engrossing accounts from the men that were there and so giving the reader a real positive picture of the experience, conditions and life which men had at the front. In turn, it is the result of many years research by the authors into the First World War on the Somme, and aspect of the conflict almost unknown in modern German. To that end alone, this book is a special piece of work.