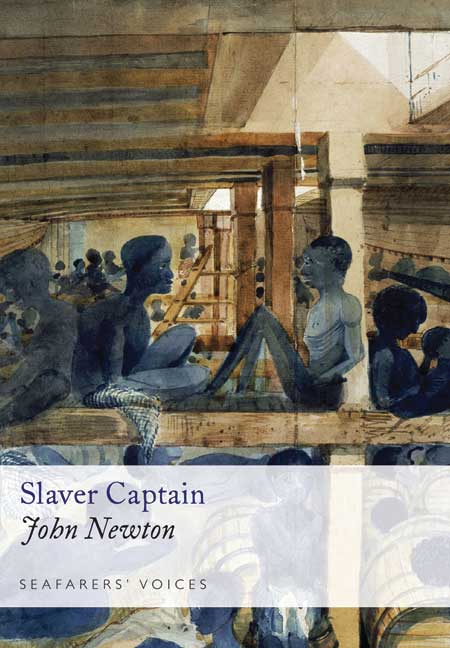 Click here for help on how to download our eBooks
Add to Basket
Add to Wishlist
You'll be £4.99 closer to your next £10.00 credit when you purchase Seafarers' Voices 3: Slaver Captain. What's this?
Need a currency converter? Check XE.com for live rates

John Newton is now best remembered as an Anglican clergyman and the author of the hymn Amazing Grace.
For the first thirty years of his life, however, he was engrossed in the slave trade. His father planned for him to take up a position as slave master on a West Indies plantation but he was instead pressed into the Royal Navy where, after attempting to desert, he was captured and flogged round the fleet. After this humiliation he was placed in service on a slave ship bound for Sierra Leone, but there, having upset his captain and crew, he found himself the servant of the merchant’s wife, an African Duchess called Princess Peye, who abused him along with her slaves. As he wrote himself, he was ‘an infidel and libertine, a servant of slaves of West Africa.’
In 1748 he was rescued and returned home and it was on this voyage that he experienced his spiritual conversion. Though avoiding profanity, women, gambling and drinking he continued in the slave trade, taking up a position on a ship bound for the West Indies and then making three further voyages as a captain of slave ships.
In 1755, after suffering a severe stroke, he turned away from seafaring and pursued a path to the priesthood, becoming the curate at Olney in 1764.
His Authentic Narrative, as it was called, is a remarkable, no-holds-barred account of the African slave trade, as well as an account of his struggle between religion and the flesh.

This is a most shocking and enlightening account of life on a slave ship. One of the most powerful and moving books that I have ever read.

This book will appeal to a broad audience and the readable style makes it appropriate for undergraduates as well as graduate students interested in life aboard a slave ship.

Newton's recollections are an authentic, first-hand, seaman's account of this vile trade and make interesting if challenging and compulsive reading.

The book is divided into two sections, part one is 'Thoughts on the African Slave Trade' and part two 'An authentic narrative. In the first section, Newton as a minister gives his objections to buying and selling of slaves and their treatment while on passage from the African coast to the Americas.

It is a remarkable story, at times brutal and hard, but sympathetic to the surroundings. A thought provoking book and highly recommended.

Many will know the name John Newton best for writing the hymn Amazing Grace; much less known is the fact that much of his earlier life was spent as a seaman, occupied in the Atlantic slave trade. This modest account, part of the Seafarer's Voices series, is edited by former merchant marine and BBC editor Vincent McInerney, and through his abridgement for modern readership (these accounts being mid-18th century) the reader is able to gain insight into a time that one could have thought only to imagine. Newton's story is certainly a fascinating one, despite its notably truthful and sober nature; beginning with his desertion of the Royal Navy to be with his loved one, Mary Catlett, Newton was recaptured and endured public flogging before being 'sold' to a ship in Africa, effectively becoming another trader's slave. Newton's journey is then remarkable as he himself makes the transition from slave to slaver, eventually captaining three ships before retiring to be ordained into the Church of England ministry. It is his years on the sea however which are the focus of this recollection, which is complete with copies of many letters written by Newton during the period. It was only later in his life that Newton even recounted these earlier travails, but he did so in an explicit and brutally honest way which offer modern readers a rare first-hand insight of what must have been a harrowing and horrifying trade.