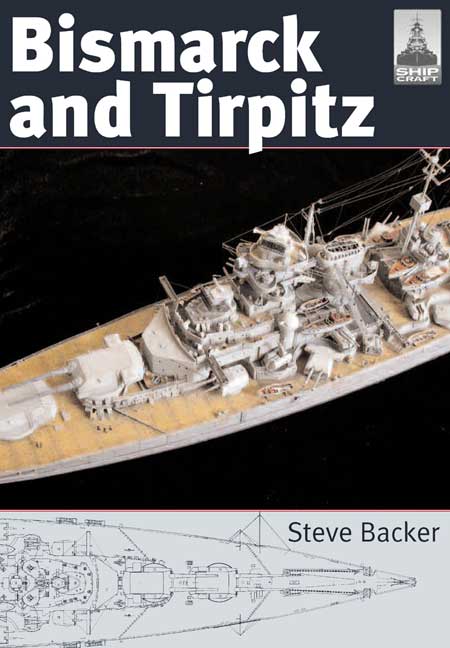 Click here for help on how to download our eBooks
Add to Basket
Add to Wishlist
You'll be £4.99 closer to your next £10.00 credit when you purchase ShipCraft 10: Bismarck & Tirpitz. What's this?
Need a currency converter? Check XE.com for live rates

The 'ShipCraft' series provides in-depth information about building and modifying model kits of famous warship types. Lavishly illustrated, each book takes the modeller through a brief history of the subject class, highlighting differences between sister-ships and changes in their appearance over their careers. This includes paint schemes and camouflage, featuring colour profiles and highly-detailed line drawings and scale plans. The modelling section reviews the strengths and weaknesses of available kits, lists commercial accessory sets for super-detailing of the ships, and provides hints on modifying and improving the basic kit. This is followed by an extensive photographic gallery of selected high-quality models in a variety of scales, and the book concludes with a section on research references - books, monographs, large-scale plans and relevant websites. This volume covers the famous German sister-ships whose fates were so very different - Bismarck had a short but glorious career, first sinking HMS Hood and then in turn being sunk by the Home Fleet, whereas the Tirpitz spent most of the war skulking in Norwegian fjords, fending off attacks by midget submarines and carrier aircraft before being finally sunk by enormous specially designed bombs dropped by RAF Lancasters.

In short, this book is, without a doubt, the essential reference source for anyone contemplating, or in the process of building a model of one of these famous battleships.

'Am informative title that will be of interest to naval enthusiasts and modellers alike.'