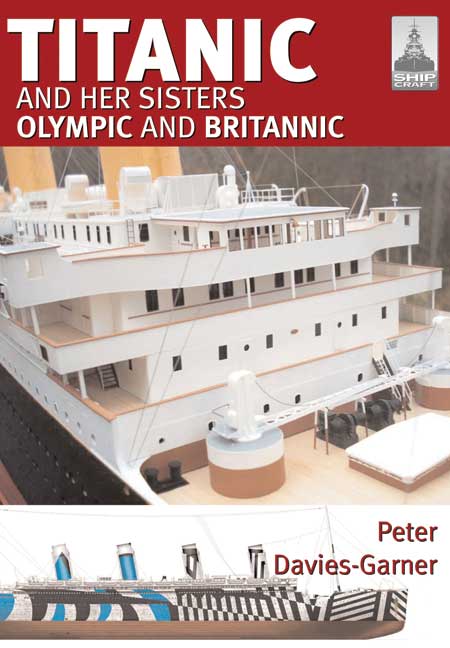 ShipCraft 18: Titanic and her Sisters Olympic and Britannic (Kindle)

Add to Basket
You'll be £4.99 closer to your next £10.00 credit when you purchase ShipCraft 18: Titanic and her Sisters Olympic and Britannic. What's this?
Need a currency converter? Check XE.com for live rates

This is the first volume in the series not devoted to a naval vessel, but the most famous liner of all time is a suitable subject as one of the most popular of all ship modelling subjects. Apart from Titanic herself, this volume also covers her sister ships Olympic and Britannic which enjoyed longer and more varied careers, including wartime service as troopship and hospital ship.

This is another fine reference book from Seaforth Publishing. It is a must have for any Titanic nut or anyone who is planning on buildng any of the three Olympic-class liners.

This new book, in common with the other in the series, contains a wealth of excellent illustrations, both monochrome contemporary photographs and colour pages.