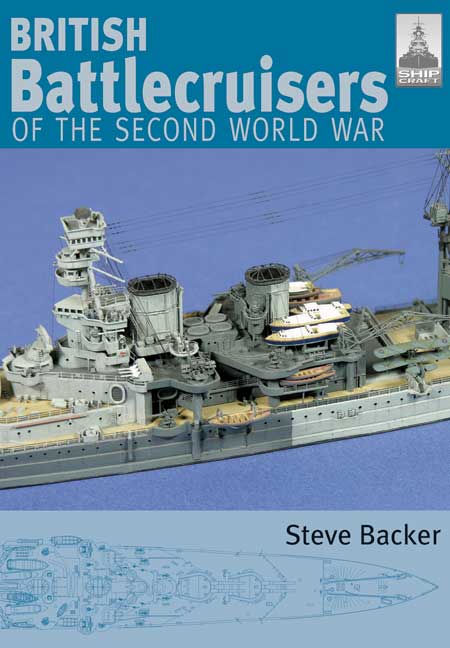 Click here for help on how to download our eBooks
Add to Basket
Add to Wishlist
You'll be £4.99 closer to your next £10.00 credit when you purchase ShipCraft 7: British Battlecruisers of the Second World War. What's this?
Need a currency converter? Check XE.com for live rates

The 'ShipCraft' series provides in-depth information about building and modifying model kits of famous warship types. Lavishly illustrated, each book takes the modeller through a brief history of the subject class, highlighting differences between sisterships and changes in their appearance over their careers. This includes paint schemes and camouflage, featuring colour profiles and highly-detailed line drawings and scale plans. The modelling section reviews the strengths and weaknesses of available kits, lists commercial accessory sets for super-detailing of the ships, and provides hints on modifying and improving the basic kit. This is followed by an extensive photographic survey of selected high-quality models in a variety of scales, and the book concludes with a section on research references - books, monographs, large-scale plans and relevant websites. The latest in this series covers the three ships of this First World War type, Hood, Repulse and Renown, which survived to fight in the Second. Still the fastest capital ships in the world in 1939, their protection was not up to contemporary standards and two were famously lost in action. Hood in an old-fashioned gunnery duel, but Repulse succumbed to the more modern threat of aerial attack. The one modernised ship, Renown, survived an adventurous wartime career.

For model makers this contains a wealth of information, which I am sure, along with original photographs will be invaluable. As well as a modeller's book this adds to the literature available on these three famous ships.

This is a splendid and moderately priced book for the marine and model-maker, which should give inspiration and encouragement to those who may be hesitant in beginning a model of one of these ships.