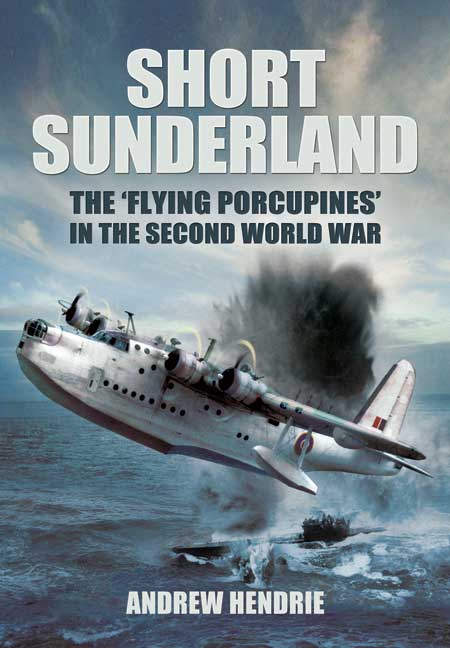 The 'Flying Porcupines' in the Second World War

Add to Basket
You'll be £19.99 closer to your next £10.00 credit when you purchase Short Sunderland. What's this?
+£4 UK Delivery or free UK delivery if order is over £30
(click here for international delivery rates)

In 1933, the Air Ministry issued a specification for a general-purpose four-engine flying boat capable of operating from the outposts of the Empire. The result was the remarkable Sunderland, built by Short Brothers.

This book covers the development of the Short Sunderland and its operation in the Second World War. The Sunderland's Crew's ability to take on combats with six or more enemy fighters earned it the Luftwaffe's nickname of the "Flying Porcupine".
The aircraft’s “maid of all work” role over the eastern Mediterranean is covered in detail, and includes recces for the Royal Navy, evacuations from Yugoslavia, Greece and Crete, as well as attacks on enemy submarines.

The Canadian, Australian and Norwegian squadrons’ operations within Coastal Command are included plus, outside the Command, those of South Africans and New Zealanders. The author also includes details of post-war operations such as the Berlin Airlift.

Detailed appendices include lists of Sunderlands with brief histories and all known successful attacks on enemy submarines.

This book has plenty of detail, all user squadrons are covered, including those manned by personnel from Canada, Norway, New Zealand, Australia and South Africa.

It soon becomes apparent that the Sunderlan was a Jack-of-all trades, from the anti-submarine role to air-sea rescue, transport and supply, and convoy escort. While the crews themselves were involved in sinking of many U-boats, the book convoys faring retrievals of service members, politicians and even royalty from under the noses of the advancing enemy.