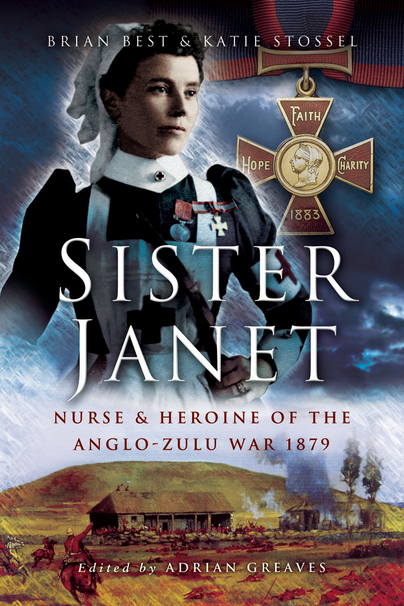 Click here for help on how to download our eBooks
Add to Basket
Add to Wishlist
You'll be £4.99 closer to your next £10.00 credit when you purchase Sister Janet. What's this?
Need a currency converter? Check XE.com for live rates

As a former trauma nurse, I always love reading books about the women who were on the front lines of the present day nursing profession when it was in its infancy.

One woman I'd never heard of was Janet Wells, a young woman who cared for wounded soldiers with few supplies and little help.

She helped a tremendous amount of wounded men during the Balkan and Anglo-Zulu wars, all before age 20.

This book was especially amazing as Janet Well's great-granddaughter shared her grandmother's scrapbook with The Anglo-Zulu War Historical Society so as her history would be told to a wider audience.

Very much enjoyed reading about Ms. Wells and her amazing accomplishments.