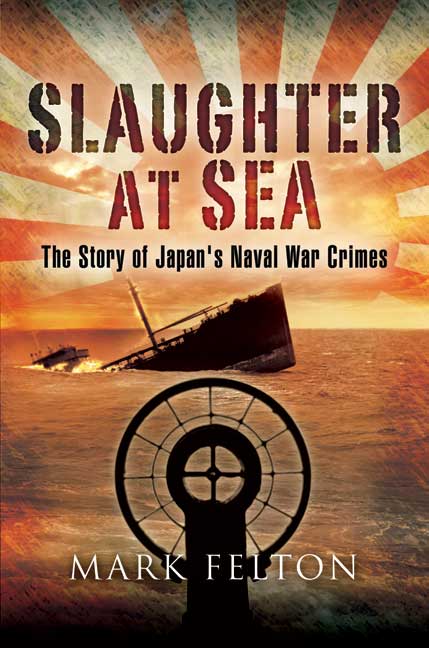 Click here for help on how to download our eBooks
Add to Basket
Add to Wishlist
You'll be £4.99 closer to your next £10.00 credit when you purchase Slaughter at Sea. What's this?
Need a currency converter? Check XE.com for live rates

Ironically while the Japanese Navy followed many of the Royal Navy's traditions and structures, it had a totally different approach to the treatment of its foes. The author has uncovered a plethora of outrages against both servicemen and civilians which make chilling and shocking reading. These range from the execution of POWs, the abandonment of survivors to the elements and certain starvation to the infamous Hell Ships. The author who lives in the Far East examines the different culture that led to these frequent and appalling atrocities. This is a serious and fascinating study of a dark chapter in Naval warfare history.

This book recounts a series of Japanese naval atrocities committed between the high-water mark of the [Japanese] Empire's expansion in early 1942 and the final weeks of the war in 1945.