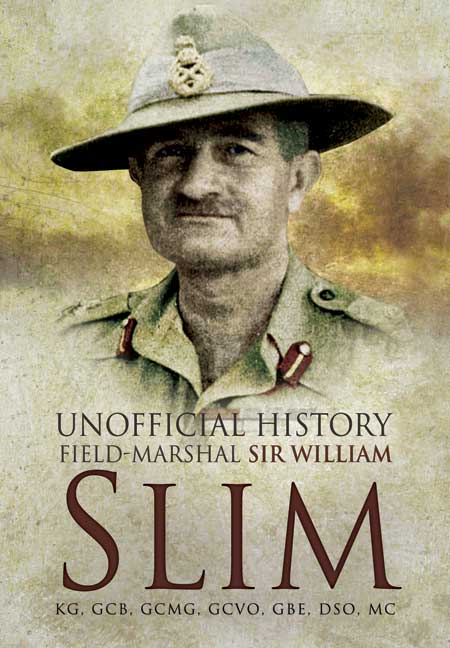 Click here for help on how to download our eBooks
Add to Basket
Add to Wishlist
You'll be £4.99 closer to your next £10.00 credit when you purchase Slim: Unofficial History. What's this?
Need a currency converter? Check XE.com for live rates

Like most members of the professional military freemasonry, Slim came to admire "all the soldiers of different races who have fought with me and most of those who have fought against me." Among the most likable of his enemies were the Wazirs of India's Northwest Frontier. In 1920, Slim took part in a retaliatory raid on an obscure village. It was an unusually easy victory over the canny Wazirs, whom the British took by surprise and escaped from with scant loss. Afterwards, in the casual frontier way, the British sent a message to the Wazirs, expressing surprise at the enemy's unusually poor shooting. The Wazirs replied in courtly fashion that their rifles were Short Magazine Lee-Enfields captured in previous fights with the British and that they had failed to sight the guns to accord with a new stock of ammunition. Now, having calculated the adjustment, they would be delighted to demonstrate their bull's-eye accuracy any time the British wanted. "One cannot help feeling," Slim says, "that the fellows who wrote that ought to be on our side." Slim genuinely enjoyed his virtually blood-free skirmishes with such foes as the Turks, the Wazirs and the Italians in 1940 Ethiopia.

This work is Slim's companion to "Defeat Into Victory," his extraordinary account of the Burma campaign. Unofficial History is an attempt to depict the lives of ordinary men in and out of combat. The accounts are written with style, wit and exceptional humanity, illustrated by the dedication: "This book is dedicated to those who take the trouble to read it."

The only fault I can find is that it is too short.