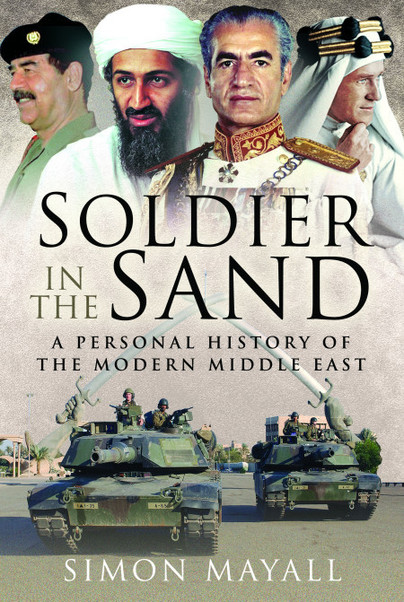 Soldier in the Sand (Kindle)

You'll be £4.99 closer to your next £10.00 credit when you purchase Soldier in the Sand. What's this?
Need a currency converter? Check XE.com for live rates

Soldier in the Sand by Simon Mayall – A Personal History of the Modern Middle East – is a history book with a personal touch and this is what makes it so fascinating. A historian by education, Mayall offers a very well though off analysis of the events that happened in the Middle East. At the same time, he was in the army for decades and he is from a line of military men, and that feeds into his analysis, giving it a more nuanced view. I think this is a must read for anyone who is studying the Middle East.

The book is well structured and there are many personal details intertwined with personal stories, starting with events that happened during his grandfather’s and his father’s time to his own first-hand experience. His approach is described as common-sense and that’s exactly right. I liked it a lot for its clarity. His emotional connection with the Middle East is obvious from his beautiful descriptions and that was wonderful to read about. Because of these stories the book is not dry at all.

As an example, reading how he had to learn 30 to 50 words a day so he could speak Arabic, in the 1980s, was really interesting for more than one reason. First of all because it showed the approach the army had at that point. It is obvious that speaking the same language not only enriched the lives of the soldiers deployed in the Middle East, but also helped to form closer relations with the locals. Secondly I remember reading just the opposite in Pen Farthing’s book, when they were not required to learn Pashto so they could speak directly to the locals and that hindered the idea of forming connections with them. Hopefully the army will see once again the benefits in asking soldiers to learn to speak, at an entry level, the language of the people where they are deployed or will be deployed. This is why reading personal views on historical events is so important, it shows how it can be done better.

As featured in: 'How Afghanistan may be a lesson for the misfiring midwest'

This book is a lucid guide to the complex history and geopolitics of this puzzling region, told in tandem with the tale of an English family’s involvement in the Middle East. The author brings both stories to life by placing events in their context and lightening the narrative with anecdotes. Most of all, the book provides ample evidence of his successes in fostering better Anglo–Arab military relations and in changing British foreign policy in the process. Few senior British army officers alive today could claim such achievements. This, in itself, is reason enough to read Soldier in the Sand.