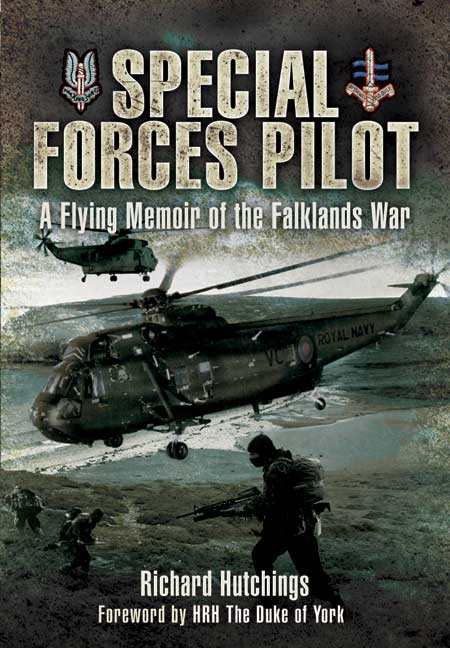 Click here for help on how to download our eBooks
Add to Basket
Add to Wishlist
You'll be £4.99 closer to your next £10.00 credit when you purchase Special Forces Pilot. What's this?
Need a currency converter? Check XE.com for live rates

This is an interesting account of part of the Falklands War that I haven't read much about before, in particular the operations on the mainland of South America.

Like the author, I flew Royal Navy helicopters in the 80s and 90s. As a Wasp and Lynx pilot I served two tours in the Falklands but did not serve in the conflict itself and I take my hat off to those that did. I did work with Dick for a couple of years at Boscombe Down and was amazed by his modesty given his stories from the war and Distinguished Service Cross. I have used his book a couple of times for source material about his one way flight to Chile carrying an SAS raiding party. It really is edge of the seat, 'boys own' stuff. For anyone interested in the Fleet Air Arm, maritime helicopter operations or the Falklands Conflict should definitely own this book.