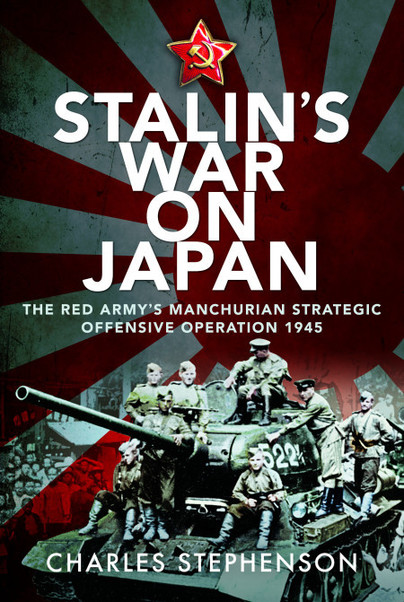 Click here for help on how to download our eBooks
Add to Basket
Add to Wishlist
You'll be £1.99 closer to your next £10.00 credit when you purchase Stalin's War on Japan. What's this?
Need a currency converter? Check XE.com for live rates


"The author covers the campaign at multiple levels, from the high-level interactions between leaders like Truman and Stalin to the battlefield experiences of the participants."

"...recounts the experiences of these different armies as they managed to penetrate the surrounding mountains, cross the Gobi Desert, push through swamps and across waterways to reach the central plain of Manchuria."

If, like me, you considered the Soviet involvement in the Far East during the Second World War as something of a footnote, then this excellent book will disabuse you. Recommended.

"The author has written a very professional account of the events of August 1945. He handles political, diplomatic, and military affairs equally well. What could have been a shallow knockoff turns out to be one of the best books we've seen this year. Meticulously footnoted, including many Russian sources. Good photos. Decent maps. Thorough bibliography. For many readers, Stalin's War on Japan will contain everything they want to know about the end of the war in the Far East."

It is very detailed about a little-discussed arena of WW2 and I did like the new information I learned from it.

This is an excellent book and one which should be read by anyone interested in the war in the Far East. It presents the campaign mainly at Divisional level and above and it is highly enjoyable to read. There are numerous details, and the author has conducted some outstanding research. It will certainly be an “eye opener” as so little is known about this campaign in the West. For anyone interested in Japanese or Soviet World War 2 history this book is a “must have”.