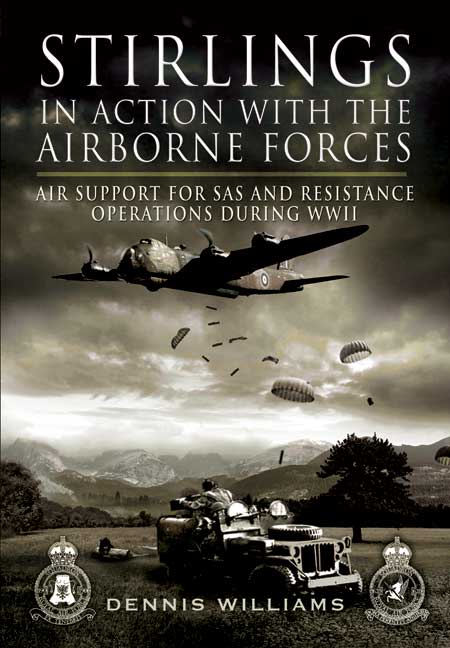 Stirlings in Action with the Airborne Forces (Kindle)

Air Support for SAS and Resistance Operations During WWII

Click here for help on how to download our eBooks
Add to Basket
Add to Wishlist
You'll be £4.99 closer to your next £10.00 credit when you purchase Stirlings in Action with the Airborne Forces. What's this?
Need a currency converter? Check XE.com for live rates

This is the history of two RAF squadrons which shared the task of dropping agents and supplies on behalf of the Special Operations Executive, took part in the D-Day landings, suffered heavy losses at Arnhem, dropped Special Air Service troops behind enemy lines and were involved with the Rhine crossing that sealed Germany's fate in 1945. Both squadrons flew the Short Stirling from Leicester East, then Fairford and finally Great Dunmow. Although there was a healthy rivalry between personnel serving on 190 and 620 Squadrons, there was a deep sense of camaraderie that forged bonds between them. Many of the operations involved a lone aircraft flying at night, using visual navigation to find the small pinpricks of light where resistance forces were waiting to receive agents and supplies. There were also tasks of towing gliders and dropping paratroops that demanded skilled piloting and navigation. Apart from his research into operational records and archive material, the author has found many ex-squadron members who have captured many unique moments from sixty years ago and thus made it possible to tell their story.

This is a remarkable book.