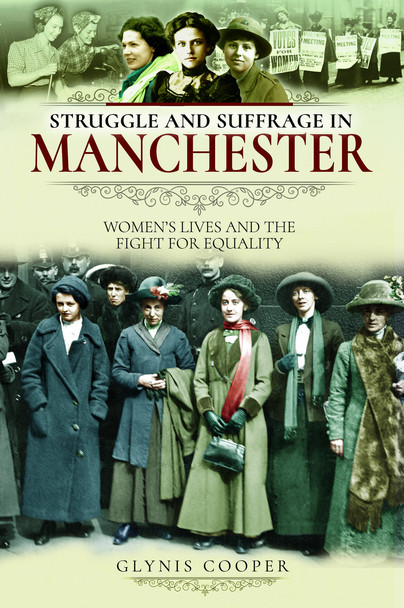 Struggle and Suffrage in Manchester (Kindle)

Click here for help on how to download our eBooks
Add to Basket
Add to Wishlist
You'll be £4.99 closer to your next £10.00 credit when you purchase Struggle and Suffrage in Manchester. What's this?
Need a currency converter? Check XE.com for live rates

‘Women are not persons.’ That was the ruling of the Court of Appeal when Gwynneth Bebb challenged the Law Society to allow her to take exams and become a solicitor. The case was dismissed because only ‘persons’ (i.e. males) could become members of the Law Society and it proved the depth of misogyny within the Establishment at that time.

'Suffrage and Struggle in Manchester’ celebrates the struggle for the recognition of female rights, the centenary of female suffrage and the 90th anniversary of universal suffrage, as well as the female achievements and freedoms gained during those years. For much of the 19th century hundreds of thousands of women were simply legalised slaves with no rights. The suffrage movement was born in the appalling conditions of the 19th century Manchester millscapes, although the later militant suffrage campaign was led by Emmeline Pankhurst, together with her daughters Christabel, Sylvia and Adela. Opposition to female suffrage came from other women, like Margot Asquith and Beatrice Webb, but it was the effort of all women during the Great War which finally won women the vote. Marie Stopes also played a part in female emancipation through her pioneering work in birth control, but her motives had sinister undertones. This is also the story of the countless thousands of women of Manchester, whose names are lost to us, but without whose strength, willingness and determination the development of modern Britain would have been very different. This is their story as much as the story of those who made the headlines and gained their place in the history books.