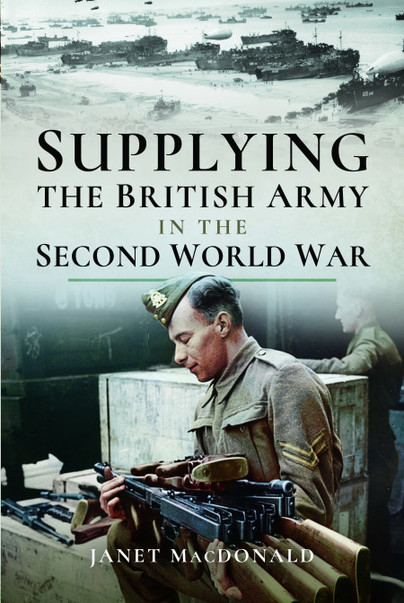 Supplying the British Army in the Second World War (Kindle)

Click here for help on how to download our eBooks
Add to Basket
Add to Wishlist
You'll be £4.99 closer to your next £10.00 credit when you purchase Supplying the British Army in the Second World War. What's this?
Need a currency converter? Check XE.com for live rates

"A useful and accessible entry to a complex subject this is recommended."

Another splendid book here from Pen & Sword. So many books have been compiled on the experience of the British Army during World War Two, in the varied theatres of war, in Europe, North Africa and Asia. However, there is less available to digest, so readilly, which focuses solely on how the British Army operated, and how it was supplied and orchestrated. This book fills just that void further.