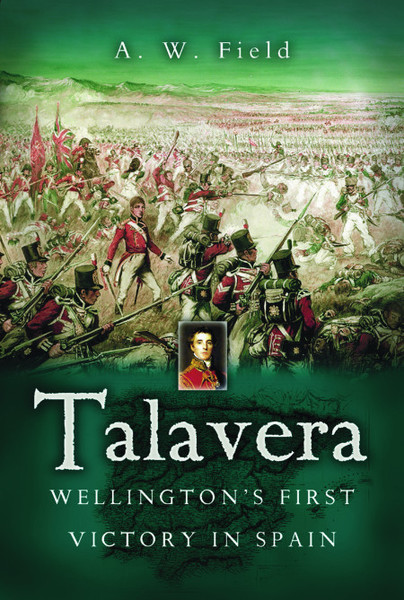 Click here for help on how to download our eBooks
Add to Basket
Add to Wishlist
You'll be £4.99 closer to your next £10.00 credit when you purchase Talavera. What's this?
Need a currency converter? Check XE.com for live rates

The Battle of Talavera was one of the key confrontations of the Peninsular War. In a bloody contest the British and Spanish under Wellesley and Cuesta won a tactical victory over the French forces of Victor and Joseph Bonaparte. The battle was the climax of the offensive launched by Wellesley and his Spanish allies to expel the French from Madrid. Andrew Field's graphic analysis is the first full-length reassessment to be published in recent times. Using documentary records, eyewitness accounts and a painstaking study of the terrain, he reconstructs the action in vivid detail and questions assumptions about the event that have grown up over the last 200 years. He also provides an extensive tour of the battlefield.

Here, in the first full length account of arguably one of Wellesley’s greatest battles, the author, using documentary records, a range of eyewitness accounts and a study of the terrain over which the fighting raged, the author has produced a detailed account of the action.