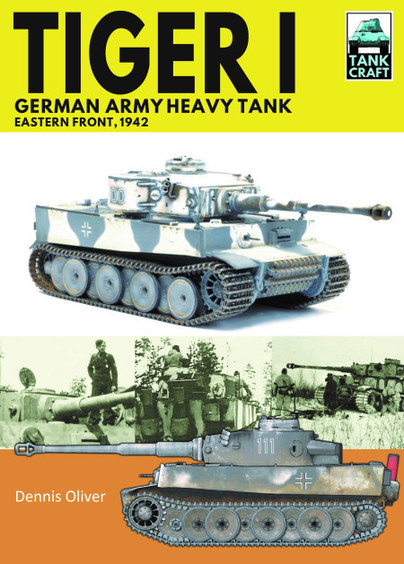 Click here for help on how to download our eBooks
Add to Basket
Add to Wishlist
You'll be £4.99 closer to your next £10.00 credit when you purchase Tank Craft 30: Tiger I, German Army Heavy Tank. What's this?
Need a currency converter? Check XE.com for live rates

The Tiger I and Tiger II tanks are probably the most famous German armoured fighting vehicles of the Second World War and despite the relatively small numbers produced, the heavy Panzer units of the German Army played a key role in the battles fought in North Africa, Italy, the Western Front and particularly in the East. In the seventh and final book on the Tiger in this series Dennis Oliver examines the first tanks that left the production line to go into service on the Eastern Front in an effort to break the Russian defences around Leningrad. As reinforcements steadily arrived, the same units played an important part in the blunting of the Soviet offensive efforts and in the retaking of Kharkov in eastern Ukraine in early 1943, a tactical achievement that is studied in military academies around the world today. In addition to archive photographs and painstakingly researched, exquisitely presented colour illustrations, a large part of this book showcases available model kits and aftermarket products, complemented by a gallery of beautifully constructed and painted models in various scales. Technical details as well as modifications introduced during production and in the field are also examined providing everything the modeller needs to recreate an accurate representation of the Tigers of 1942 and early 1943.

"This one is well done, as are the other books in the series"

"...contains great photos of the various Tiger I tanks on the Eastern Front many of which are in winter."

An essential book for model makers and people with an interest in German military vehicles from the second world war.

This is another excellent addition to the TankCraft books, and completes the picture for the history of perhaps the most famous tank of WW2, the Tiger. While the focus remains firmly on modellers, the detail in these will capture the interest of anyone interested in the story of the Tiger tank, while the high quality models and the details of what is available on the market is likely to inspire many to have a go.

For the Model Builder, Artist, or Online Tank Gamer, this book will be very useful in assuring that all the details are correct