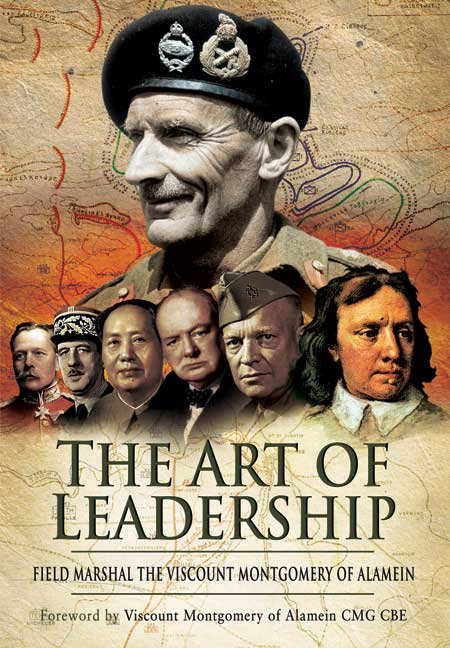 The Art of Leadership (Hardback)

Add to Basket
Add to Wishlist
You'll be £19.99 closer to your next £10.00 credit when you purchase The Art of Leadership. What's this?
+£4.50 UK Delivery or free UK delivery if order is over £35
(click here for international delivery rates)

Few people over the last century are better qualified to discuss leadership than Field Marshal Bernard Montgomery, the charismatic and idiosyncratic Second World War leader. It was a subject to which he devoted much thought. 'In one short sentence, it is captaincy that counts', he writes.

Using personal studies of famous political military and industrial figures, Monty analyses the qualities that make for effective leadership. Being, by any definition, a frank and honest man he does not hesitate to highlight perceived deficiencies.
Among his case studies are the Generals of the two world wars, Haig, French, Gort, Wavell and Alexander. Political leaders include Cromwell and Nehru, Khrushchev, de Gaulle and Mao. In this edition a fascination and contentious comparison of Churchill and Eisenhower appears for the first time.

This book was first published as The Path to Leadership in 1961. This is an expanded edition.

Pen and Sword Books are proud to have reprinted The Memoirs of Field Marshal Montgomery in 2005.

This book is of interest for two different reasons - first as a serious look at leadership and second for the insight it provides into Montgomery's opinions of some of his contemporaries, including Churchill, Eisenhower, Alanbrooke, de Gaulle, Mao, Khrushchev and Stalin, all of whom he worked with or at least met several times.'

'Montgomery's thoughts and predictions are fascinating when read with the hindsight of today.'

Montgomery was obviously an intelligent and perceptive man, but he also wrote with clarity and an endearing wit that makes this book extremely easy to read...As further insight into the mind of one of the most successful and respected generals of the 20th Century,it is both fascinating and entertaining.'