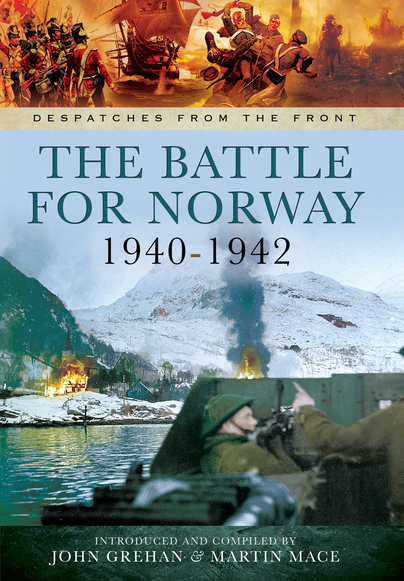 Click here for help on how to download our eBooks
Add to Basket
Add to Wishlist
You'll be £4.99 closer to your next £10.00 credit when you purchase The Battle for Norway 1940 - 1942. What's this?
Need a currency converter? Check XE.com for live rates

This will be an essential read for anyone with an interest in this often overlooked endeavour re-publishing, as it does, Admiralty and British Army despatches which detail the first and second battles of Narvik, and include accounts of the raids upon Vaagso Island and the Lofoten Islands.

You're in safe hands with John Grehan and Martin Mace, and this slender volume requires and gets light handling from them in the form of a few introductory words. Useful and vital with a handful of photos thrown in.

"The dispatches presented provide a more 'boots on the ground and on board' perspective on the Norwegian campaign and the sometimes cheeky antics of the British commandos who participated in these actions. This volume is definitely worth reading, or even a second read, by anyone interested in the conduct of the Second World War in this region."