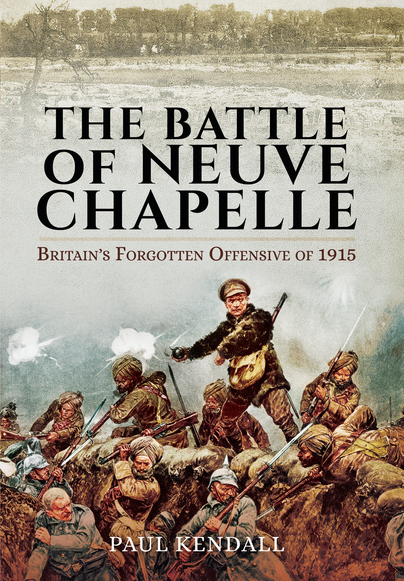 The Battle of Neuve Chapelle (Kindle)

Click here for help on how to download our eBooks
Add to Basket
Add to Wishlist
You'll be £4.99 closer to your next £10.00 credit when you purchase The Battle of Neuve Chapelle. What's this?
Need a currency converter? Check XE.com for live rates

After the reverses of 1914, the French and British commanders were determined to turn the tables on the Germans and take the war to the enemy. A major combined offensive was planned in the Artois region of France but the French had to cancel their part in the operation. This did not deter the commander of the British Expeditionary Force, Sir John French, and on 10 March 1915, the British attacked the German positions centred on the village of Neuve Chapelle.

In what was the first British planned offensive of the First World War, the attackers overran the German lines and almost achieved an unparalleled breakthrough. Only a lack of artillery shells and a breakdown in communications prevented the British First Army under General Haig from taking full advantage of the unprecedented success.

The battle demonstrated how trench systems could be penetrated and set the pattern of warfare on the Western Front for the next three years, with the Allies seeking to achieve that elusive breakthrough which slipped through their fingers at Neuve Chapelle. The shortage of shells was seen as a ‘scandal’ which brought down the Liberal Government.

Maps and a section of black-and-white photographs illustrate the author’s interesting account of the British offensive and German counterattacks in this 288-page, hardcover book.