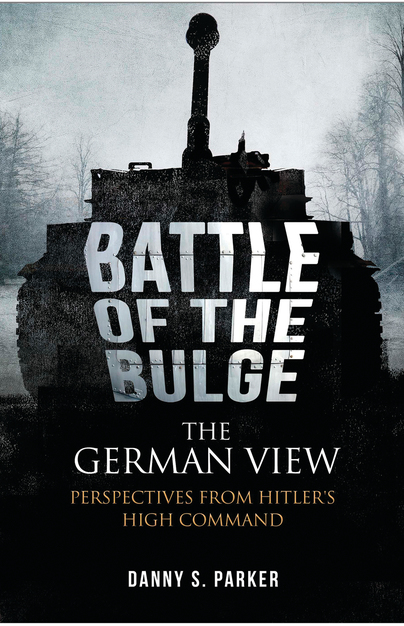 The Battle of the Bulge: The German View (Kindle)

Click here for help on how to download our eBooks
Add to Basket
Add to Wishlist
You'll be £4.99 closer to your next £10.00 credit when you purchase The Battle of the Bulge: The German View. What's this?
Need a currency converter? Check XE.com for live rates

As Allied armies swept towards the Reich in late 1944, the German high command embarked on an ambitious plan to wrest the initiative on the Western Front and deal a crippling blow to the Allied war effort.

This superb book brings together a wealth of primary source material - including German documentation and debriefs of German generals - to tell the story of this famous campaign from the German point of view. It examines preparations for the offensive, the progress of the operation and assessments of the Wehrmacht's performance from leading figures in German high command. It also includes a transcription of Hitler's key speech of 12 December 1944.

Expertly edited by the acclaimed historian Danny S. Parker, this is an impressive volume which sheds fascinating light on one of the most crucial episodes of the Second World War.

There are many interesting observations drawn out, such as Hitlers own request that special attention be given to the selection of troops which were to take part in the initial attack, as well as his stipulation of the importance of adequate engineering equipment, mine clearing equipment, and allocation of self-propelled assault guns and mortars to reduce pockets of resistance.

The structure of the book enables it to be an excellent book to put down and pick up again, given that the reader could easily read a section at a time, then reflect upon it.

At 5.30am on 15th December 1944, German special forces launched a surprise offensive in the Ardennes to recapture Antwerp. Danny S. Parkers book ' The Battle of the Bulge, The German View' is not a page turner. It has a wealth of primary source material to absorb, which provides an interesting back-drop to the savage fighting; in swirling winter snows during the battle for the Ardennes in the winter of 1944. The plan was conceived by Hitler who took his generals step by step through the plan. Men, transport - 2000 horses and vehicles; together with fuel and armour were stripped from other units, even from the Eastern Front. The story takes the reader in detail, through the planning stage to conception. In the opinion of captured Nazi generals, if the attack had been successful, Germany did not have the reserves to defend the gains.

Overall, this book is a great addition to my WW2 literature collection. It is essential to revisit and review well-known historical events from different perspectives as they reveal important aspects that did not receive adequate attention before. I do hope that scholars continue to release such high quality work.

An Enjoyable book because of its insights into the complexity of planning the campaign and for the remarkable different view one gets of Hitler. In my view worth reading for that alone. The content is all meat, no padding, and rich in depth and width.