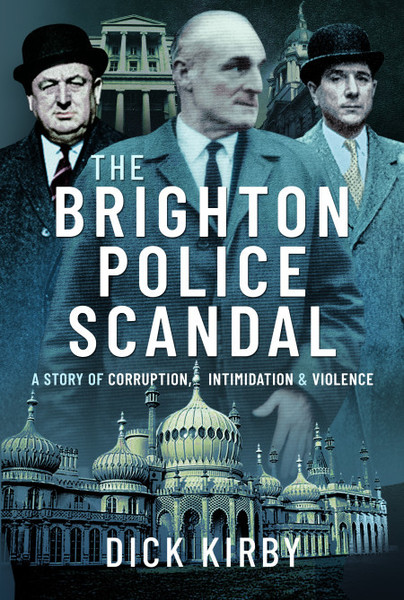 Click here for help on how to download our eBooks
Add to Basket
Add to Wishlist
You'll be £4.99 closer to your next £10.00 credit when you purchase The Brighton Police Scandal. What's this?
Need a currency converter? Check XE.com for live rates

A thoroughly researched account of a dreadful episode in police history.

A chief constable, a detective inspector and a detective sergeant were all tried for corruption. Not for a single instance of corruption but corruption over several years.

It's another brilliant book from Dick Kirby you will not be disappointed highly recommend.

To be honest we should never really be surprised by Police corruption and you kind of hear about all these stories and much worse in the news. I suppose there are bad apples in all professions and the Police are no different to others, but I suppose we like to feel that those out there who are supposed to protect us are the good guys but in reality, some of them aren’t. I’m quite enjoying these Dick Kirby books, I think this is the third I have read because they are always quite detailed and well written. Although they are so detailed they still come across as an easy read and entertaining.