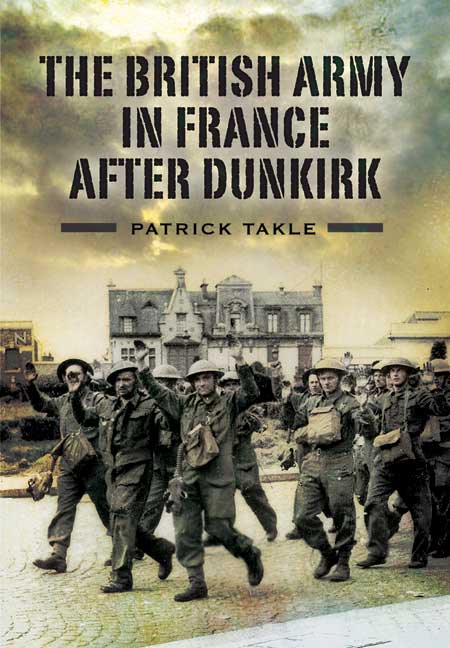 The British Army in France After Dunkirk (Kindle)

Add to Basket
You'll be £4.99 closer to your next £10.00 credit when you purchase The British Army in France After Dunkirk. What's this?
Need a currency converter? Check XE.com for live rates

Although over 330,000 British and French soldiers were evacuated from the Dunkirk beaches between 26 May and 4 June, many thousands remained in France, most under French command. Churchill, now the Prime Minister, and desperate to keep the French in the War, decided to form a Second BEF made up of 51 Highland, 1st Armoured and the Beauman Divisions, reinforced from the UK by a second Corps. He also ordered vital and scarce RAF fighter squadrons to France. Had these been lost the Battle of Britain might have had a very different result. General Alan Brooke was to command the second Corps comprising the only viable formations in the UK. Realising the hopelessness of his mission he delayed for as long as possible. Meanwhile the situation in France went from bad to worse and five units were squandered. At St Valery 800 of the 51st Highland Division surrendered after heavy fighting and being outflanked by Rommel. This is the fascinating story of a disaster that could have been so much worse had Churchill had his way.

This is an account of what happened when thousands of British soldiers were left behind after evacuation of the British Expeditionary Force from France between May 26 and June 4. Patrick Takle lifts the lid on the political and military drama with a detailed piece of historical work looking at the operations to rescue those left behind, and in particular the relationship between Churchill and Gen Alan Brooke - the officer appointed to command the second BEF, and the subsequent risks and successes of evacuating a further 200,000 men, including the near loss of the 52st Highland Division and the loss of The Lancastria.