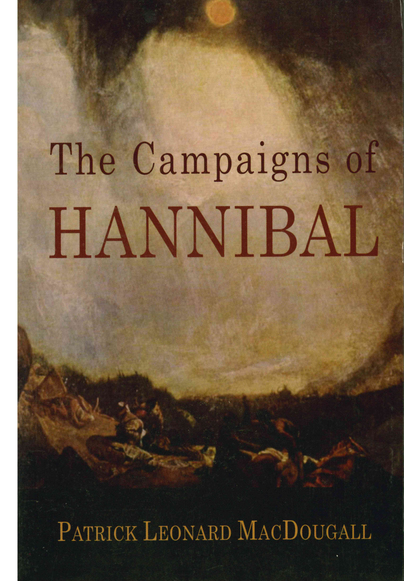 The Campaigns of Hannibal (Paperback)

Add to Basket
Add to Wishlist
You'll be £10.99 closer to your next £10.00 credit when you purchase The Campaigns of Hannibal. What's this?
+£4.50 UK Delivery or free UK delivery if order is over £35
(click here for international delivery rates)

The Great Carthaginian general Hannibal remains one of the most fascinating figures of the ancient world. His famous trek across the Alps, complete with elephants and an army of tens of thousands, is well known, but its significance is not commonly appreciated. The Carthaginian clash with Rome during the third century B.C. was a war between two mighty regional powers that would define the future of the Mediterranean world. The victor of the Punic Wars would determine whether the cultural and political focus would be on North Africa or along the Italian Peninsula.

Written by an instructor of military strategy at the Royal Military College at Sandhurst, The Campaign of Hannibal begins with an account of the organization, weapons, and chief tactics of both the Romans and the Carthaginians, and then proceeds in chronological order through the thirteen campaigns waged by Hannibal against Rome over the course of 218 - 207 B.C., including the battles of Trebbia and Cannae. After each campaign, the author discusses the salient points that students of strategy and the history of warfare should recognize. The book concludes with Hannibal's return to North Africa, his final defeat in Zama in 203 B.C., and his subsequent exile and death. Based on classical sources, The Campaigns of Hannibal is a model of clarity and synthesis, a concise history that is ideal for those who wish to learn more about Hannibal's military genius as well as those seeking a brief synopsis of the Second Punic War.

Sir Patrick Leonard MacDougall (1819 - 94) was a military officer, instructor, and author. He was a commander of British troops in North America from 1878 to 1883.