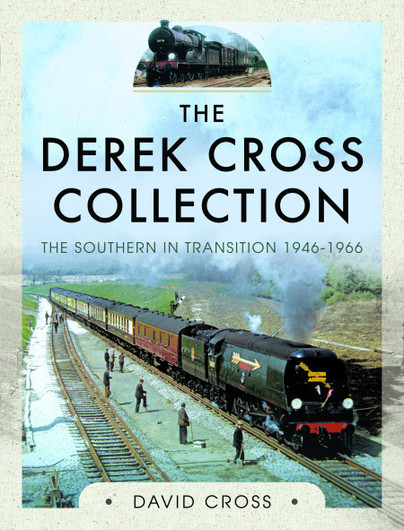 Click here for help on how to download our eBooks
Preorder
Add to Wishlist
You'll be £9.98 closer to your next £10.00 credit when you purchase The Derek Cross Collection:. What's this?
Need a currency converter? Check XE.com for live rates

Derek Cross was one of a group of outstanding railway photographers, who mostly took pictures during the steam and early modern traction era, 1950s and 1960s.

David Cross his son, has inherited his extensive collection of black & white and colour material, which has many unpublished images. This book covers the Southern from the last days of the Southern Railway through to British Railways days in the mid 1960s, when steam was on the way out.

This is the first book that covers the Derek Cross Southern photographs, which date from the late 1940s through to the end of Southern Region steam and as such, features some very rare locations, unusual liveries and long extinct classes of locomotive.

The author has carefully selected some rare and unusual pictures for this volume, which will be of interest and use to both railway historians and modellers.