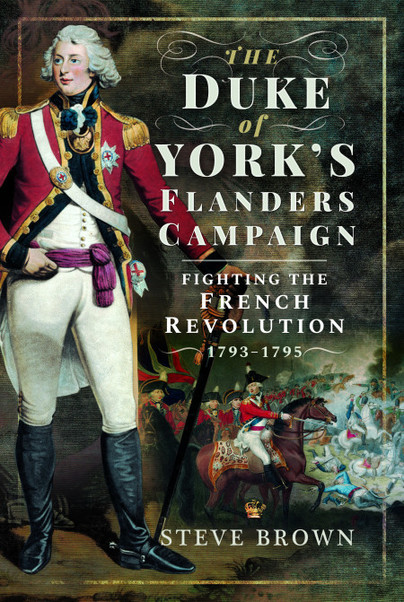 Click here for help on how to download our eBooks
Add to Basket
Add to Wishlist
You'll be £4.99 closer to your next £10.00 credit when you purchase The Duke of York's Flanders Campaign. What's this?
Need a currency converter? Check XE.com for live rates


This is wonderful wordsmithing. I have nothing but high praise for this book!

...sets the events firmly within the history of the period, gives us an education in the military practice and institutions of the day, and offers mini-biographies of many people who were famous at the time or later played important roles in the wars.

This is well written, incisive and compelling book which is highly recommended not just for the historian of the period but also the casual reader of military history. For the real buff there are a number of detailed appendices with all manner of facts and interpretation that will add greatly to the readers interest and enjoyment of the work. There is a great deal to be learnt from this work!

The Duke of York got bad press at the time and, from historians, subsequently because he led an Allied force against the French and was driven back. The author has provided fresh insight into a disastrous campaign through fresh study. – Very Highly Recommended.