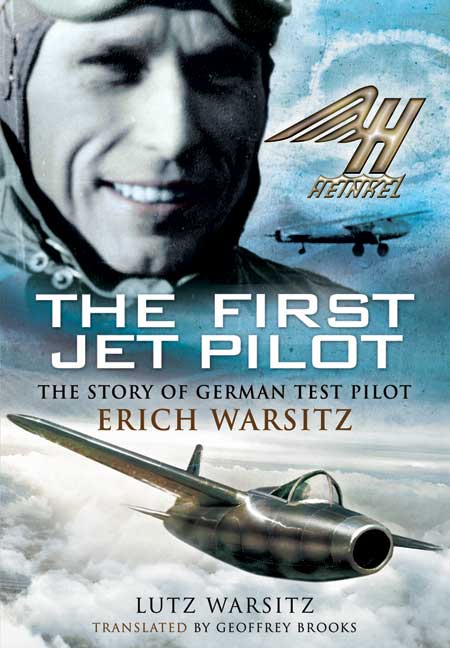 Click here for help on how to download our eBooks
Add to Basket
Add to Wishlist
You'll be £4.99 closer to your next £10.00 credit when you purchase The First Jet Pilot. What's this?
Need a currency converter? Check XE.com for live rates

This book is written by Erichs son who has used his fathers copious notes and log books that explain vividly the then halcyon days of German aviation history. Warsitz was feted by the Reichs senior military figures such as Milch, Udet and Lucht and even Hitler keenly followed his experimental flying. Little is known of this pioneer period because of the strict secrecy which shrouded the whole project it is a fascinating story that tells of the birth of the jet age and flight as we know it today. The book includes many unseen photographs and diagrams.