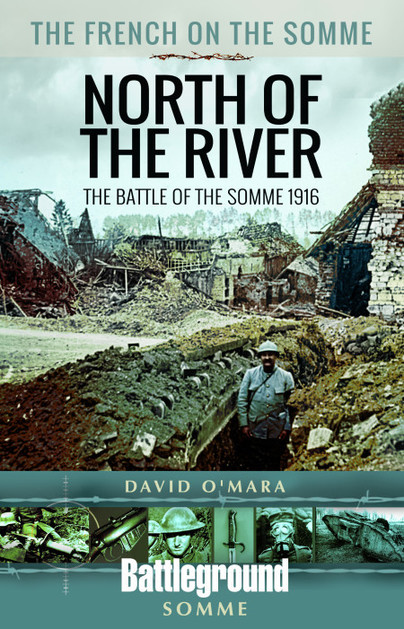 The French Army and the Battle of the Somme 1916 (Paperback)

North of the River

Preorder
You'll be £11.99 closer to your next £10.00 credit when you purchase The French Army and the Battle of the Somme 1916. What's this?
+£4.50 UK Delivery or free UK delivery if order is over £35
(click here for international delivery rates)

With a few notable exceptions, the French efforts on the Somme have been largely missing or minimised in British accounts of the Battle of the Somme. And yet when a Franco-British Offensive was originally planned int he winter of 1915 it was to be one dominated by the French, who were to provide at least twice as many divisions as Haig's BEF.

The Battle of Verdun, which commenced in February 1916, soon changed the situation and by late spring it was clear that this would be a smaller offensive and one that would make the British by far the bigger contributor of manpower, though French influence over the direction of the battle remained high.

Despite the fact that far fewer French divisions were deployed than had been anticipated, the role of her army was considerable. The French attack on 1 July was relatively very successful and great advances were made, notably south of the river. However, the sharp bend to the south that the Somme makes near Peronne made progress there extremely difficult and so the French effort was soon largely transferred to the north and the right of the British.

It was, therefore, here that cooperation with the BEF was closest and most crucial. Thus many of the names which are well known to British visitors to the area, such as Curlu, Maurepas, Hardecourt, Gommecourt and Combles feature in this book. Whilst the BEF struggled to reach Transloy Ridge in the dying days of the battle in the ghastly conditions of late October and November 1916, the French battled it out with the Germans in the tattered remnants of Sailly Saillisel and amongst the stumps of St Pierre-Vaast Wood and came very close to a notable success.

It has always been something of a disgrace that there is so little available, even in French, to educate the public in an accessible written form about the substantial effort made by France’s army on the Somme. This book builds on Dave O'Mara's The Somme 1916: Touring the French Sector in the Battleground series and will go some way to rectify the lack of knowledge amongst most British visitors of these ‘forgotten’ men of France and the development of the battle to the immediate right of Rawlinson's Fourth Army..