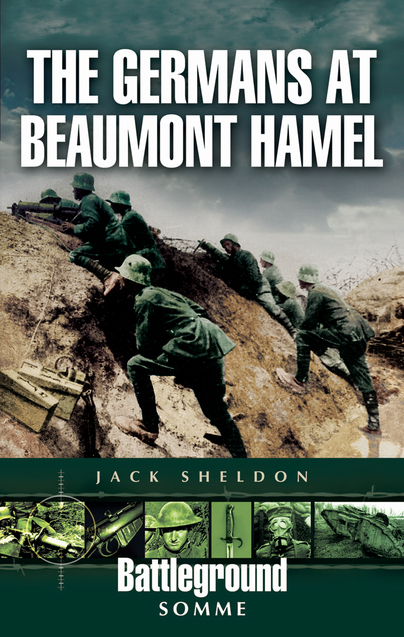 The Germans at Beaumont Hamel (Kindle)

Click here for help on how to download our eBooks
Add to Basket
Add to Wishlist
You'll be £4.99 closer to your next £10.00 credit when you purchase The Germans at Beaumont Hamel. What's this?
Need a currency converter? Check XE.com for live rates

Beaumont Hamel is a name which conjures up appalling visions of the catastrophic reverse suffered by men of VIII Corps, British Fourth Army on 1st July 1916, when thousands of men were killed and wounded for no gains whatsoever. Ninety years on, the events of that day still exert a powerful fascination for those interested in the great trench battles. This book, which covers the Old Front Line from Redan Ridge to the Ancre, describes how the defence of the area became so strong, the reasons for German early success during the battle and explains how the British defeat of July was transformed into victory, when the fall of Beaumont Hamel marked the final flicker of success, before the battle was mired to a standstill in the mud.

Sheldon draws upon unit diaries, personal diaries and memoirs from archives in Stuttgart and Munich where many of the files had not been opened for more than 60 years. The result is a comprehensive account of the fighting at Beaumont Hamel not only on July 1, 1916 but also fighting later on in the Somme campaign when the British captured the ruined village in November.