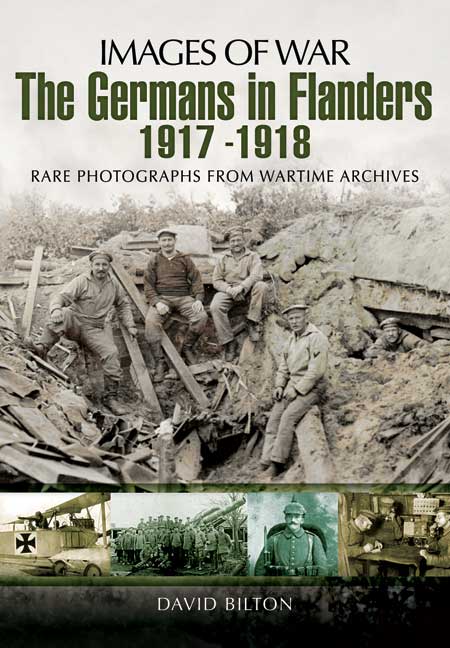 Click here for help on how to download our eBooks
Add to Basket
Add to Wishlist
You'll be £4.99 closer to your next £10.00 credit when you purchase The Germans in Flanders 1917 - 1918. What's this?
Need a currency converter? Check XE.com for live rates

The third volume covers the battles in Flanders against the Belgians, French and British over a twenty-three month period. Written using primary and secondary sources, it covers all the engagements. The major part of the book covers the FlandernSchlacht of July to November 1917; a battle viewed by the Germans as harder fought and more costly than the Somme, Arras and Verdun. Each phase and aspect of the period is detailed from the German point of view.

The book is arranged in four sections: detailed and informative text; some 250 photos (that are interspersed into the text with captions); a chronological order of events in Flanders and a section on the German divisions that fought there. Where relevant material from the German home front is included and the illustrations, many of which have not been published before, also show how the towns and villages of the area have changed.

Another in the excellent 'Images of War' series. In this volume the rare photographs from wartime archives comprise images showing the Germans in Flanders between 1917 and 1918. This is an excellent collection with a comprehensive accompanying narrative text. Excellent 10/10.

Written using primary and secondary sources, it covers all of the engagements. The book is arranged in four sections: detailed and informative text, some 250 photos, a chronological order of events in Flanders and a section on the German divisions that fought there.