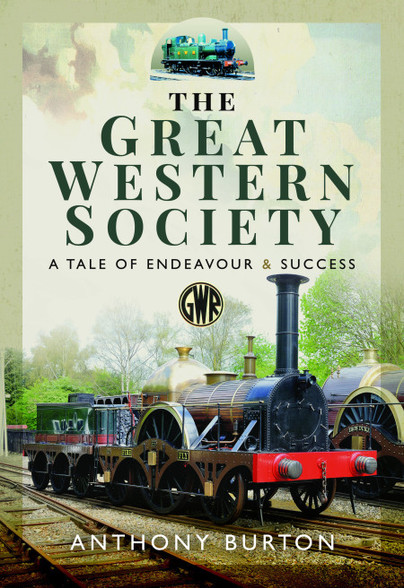 A Tale of Endeavour and Success

Click here for help on how to download our eBooks
Add to Basket
Add to Wishlist
You'll be £8.99 closer to your next £10.00 credit when you purchase The Great Western Society. What's this?
Need a currency converter? Check XE.com for live rates

This book tells the story of one of Britain's most successful heritage railway projects. Formed in 1960, The Great Western Society was founded by a group of school boys who wanted to save a Great Western Tank locomotive and an auto trailer.

Today that original project has blossomed into the best collection of Great western rolling stock and locomotives in the world.

This is the story of the Society and its members, who have made this possible.

This book then is full of information about the Great Western Society and the Didcot Railway Centre.

Whether you are local to the Dicot Railway Centre, or just want to check out the history of the society, this book is a good addition to any bookshelf.

The story of a dream turned into reality.

An excellent account of the complex story of the Great Western Society and the Didcot Railway Centre. It serves as both a good general read and an in-depth coverage of specific topics.

A well illustrated account of the GWS from its early days to the present day, with lists of the locomotives and rolling stock in the Society’s care. Recommended.

This book tells the story of one of Britain's most successful heritage rail projects. Formed in 1960, The Great Western Society was founded by a group of schoolchildren who wanted to save a Great Western Tank locomotive and its trailer. Today that original project has become the best collection of rolling stock and locomotives of the Great Western in the world. This is the story of the Society and its members, who have made it possible.

One of the few existing books that deals with a railway issue that is not given enough importance, that of associations of friends of the railway. In its pages you will travel through the history of one of the most important associations of the railway world, from its simple beginnings until you reach the Railway Center of Didcot. All this thanks to a very pleasant text and excellent photographs. A book highly recommended for all railway enthusiasts, especially those belonging to the associations of railway friends.

The Didcot Railway Centre has developed over the years to an important heritage centre. This book is an excellent overview of all aspects of the Great Western Railway. Importantly it covers the Broad Gauge and also artefacts of the doomed atmospheric railway