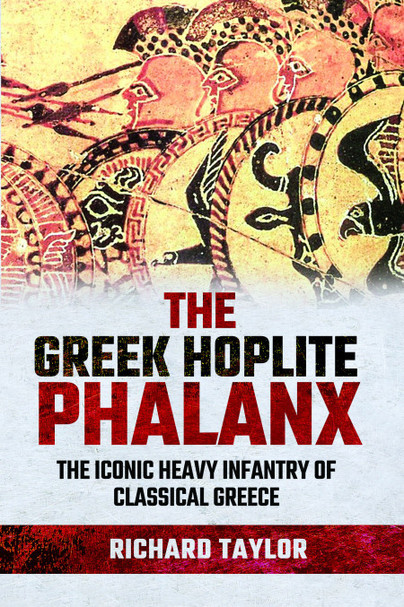 The Iconic Heavy Infantry of the Classical Greek World

Click here for help on how to download our eBooks
Add to Basket
Add to Wishlist
You'll be £15.59 closer to your next £10.00 credit when you purchase The Greek Hoplite Phalanx. What's this?
Need a currency converter? Check XE.com for live rates

The Greek hoplite and the phalanx formation in which he fought have been the subject of considerable academic debate over the past century. Dr Richard Taylor provides an overview of the current state of play in the hoplite debate in all its aspects, from fighting techniques to the social and economic background of the ‘hoplite revolution’, in a form that is accessible for the general reader and military history enthusiast. But the book goes further: offering a new perspective on the hoplite phalanx by putting it in the context of other military developments in the Mediterranean world in the middle of the first millennium BC. He argues that the Greek phalanx was different in degree but not in kind from other contemporary heavy infantry formations and that the hoplite debate, with its insistence on the unique nature of the hoplite phalanx, has obscured the similarities with other equivalent formations. The result is a fresh take on a perennially popular subject.