Click here for help on how to download our eBooks
Add to Basket
Add to Wishlist
You'll be £4.99 closer to your next £10.00 credit when you purchase The Handley Page Victor - Volume 1. What's this?
Need a currency converter? Check XE.com for live rates

The Handley Page Victor was the longest serving V-Bomber with the RAF. It was conceived in 1945 and after much research and development the Mk 1 entered service in the late 1950s to become part of the UK's nuclear deterrent force. It could fly faster, higher and further than any comparable aircraft of that era. It boasted a unique crescent wing shape and was the most handsome of the three types of V bomber. It was later extensively modified to become the RAF's main tanker aircraft for in-flight refuelling and served in that role from 1965 until 1993. This is the most authoritative reference to the aircraft yet to be published. Commencing with the first design trials and test flights, each chapter includes personnel recollections from pilots and design staff, and is solidly based on official government and company reports, many of which are included. The text explains the introduction and operation once it was in RAF service and explains the various roles that it undertook and the many experiments and trials that took place to perfect the various systems required for these roles. The Mk 2 was a much improved model and many were adapted for tanker duties. All is fully explained with copious diagrams and rarely seen photographs. Lengthy appendices detail Aircraft Accident Reports and other unique information that has never been published.
This is the ultimate reference book on this famous and much-loved aircraft.
7 Colour Profiles by David Windle, 22 Colour Photographs, 170 Mono Photographs and 66 Diagrams 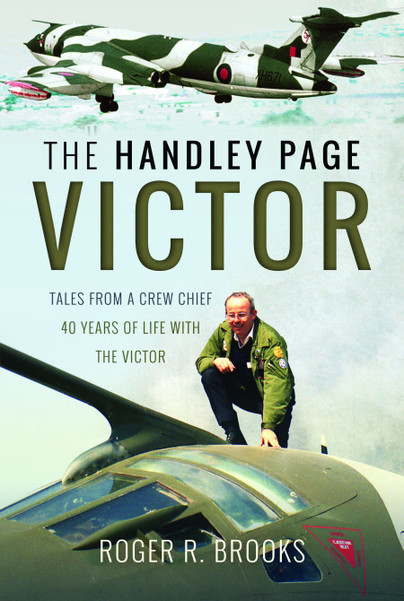 Some aircraft inspire passion, others nostalgia, but others, often the unsung heroes, are more of a connoisseur's choice. The Handley Page Victor easily falls into this last category. In this follow-up to The Handley Page Victor: The History and Development of a Classic Jet, Volumes I and II, Roger Brooks extends his earlier historical narratives, this time offering an action-packed and riveting memoir of a career spanning forty years. The book charts changes as they occurred in the aeronautical industry from the 1950's onwards and, as such, it should appeal to both individuals who were caught…