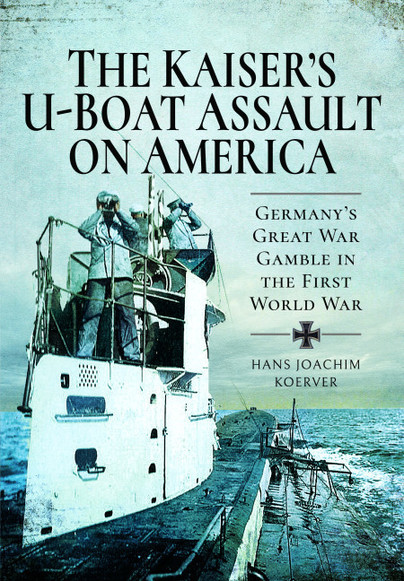 Click here for help on how to download our eBooks
Add to Basket
Add to Wishlist
You'll be £4.99 closer to your next £10.00 credit when you purchase The Kaiser's U-Boat Assault on America. What's this?
Need a currency converter? Check XE.com for live rates


I don’t know what it is about books about the U-Boat war in history, but I always find the subject so fascinating and interesting, I suppose with U-Boats it’s because they are undersea and so like out of sight and out of mind. This is an excellent book and you can tell so much research and investigation has gone into writing this book, so great work by the author Hans Joachim Koerver. This book tells the story in a way of the Kaiser as a leader trying to goad the Americans into a conflict, the book looks at the diplomacy and strategy of this battle in the Atlantic. Eventually, President Wilson would give into the baiting and would eventually enter the war on the sides of the allies. This book is an intriguing one and an enjoyable read, the text in the book is supported by some great images that really do help the book. I really enjoyed this book and would happily recommend it to others.

"As mentioned, the text is interspersed
with numerous photographs and charts
that supplement the content. Readers
will find the book to be an enjoyable
and engaging work...the work should be read by those
who seek to gain a broader understanding of the First World War at sea and the
importance of U-boats in that conflict."