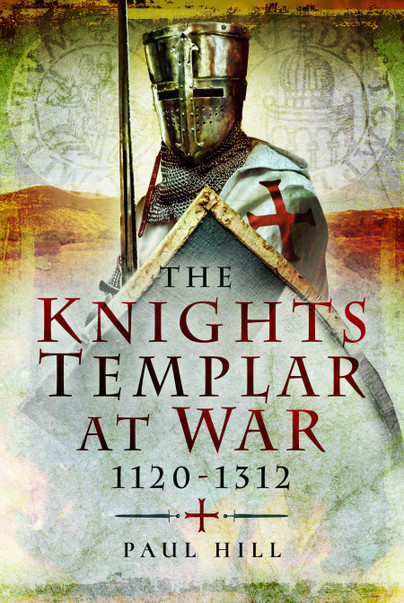 Click here for help on how to download our eBooks
Add to Basket
Add to Wishlist
You'll be £4.99 closer to your next £10.00 credit when you purchase The Knights Templar at War 1120 -1312. What's this?
Need a currency converter? Check XE.com for live rates

There are many books about the Knights Templar, the medieval military order which played a key role in the crusades against the Muslims in the Holy Land, the Iberian peninsula and elsewhere in Europe. What is seldom explored is the military context in which they operated, and that is why Paul Hill’s highly illustrated study is so timely, for he focuses on how this military order prosecuted its wars.

The order was founded as a response to attacks on pilgrims in the Holy Land, and it was involved in countless battles and sieges, always at the forefront of crusading warfare. This absorbing study examines why they were such an important aspect of medieval warfare on the frontiers of Christendom for nearly two hundred years.

Paul Hill shows how they were funded and supplied, how they organised their forces on campaign and on the battlefield and the strategies and tactics they employed in the various theatres of warfare in which they fought. Templar leadership, command and control are examined, and sections cover their battles and campaigns, fortifications and castles.

Aimed squarely at the popular military history market, this volume explores the military activities of the Knights Templar.

A detailed look behind the endless Templar mythology.