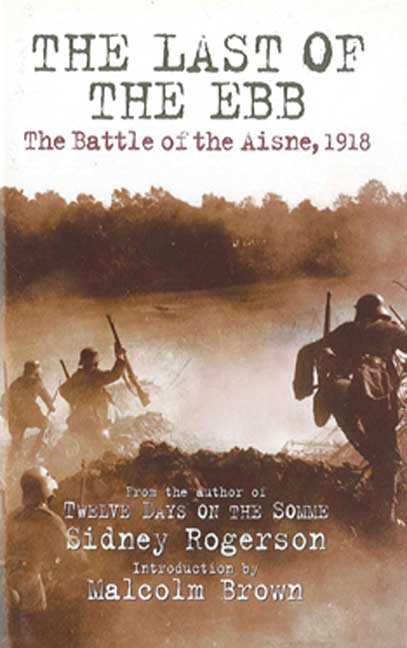 The Last of the Ebb (Kindle)

Click here for help on how to download our eBooks
Add to Basket
Add to Wishlist
You'll be £4.99 closer to your next £10.00 credit when you purchase The Last of the Ebb. What's this?
Need a currency converter? Check XE.com for live rates

In 1918, the Germans launched the Spring Offensive. Aware that American troops would soon be arriving in Europe, the Germans saw this as their last chance to win the war. If they could overcome the Allied armies and reach Paris, victory might be possible. The German offensive was initially a great success. Striking at the Allied line's strongest point, the Chemin des Dames, they burst their way through and made quick progress towards Marne. However, the advance eventually stalled. With supply shortages and lack of reserves, this was to be the 'last ebb' of the German war effort.

Rogerson, a young officer in the West Yorkshire Regiment, describes the experiences of his battalion from the Aisne through to the Marne. Fighting under French command, the West Yorkshires were inadequately supported by artillery and practically without help from the air. The 4 tired divisions were forced to fight and run 27 miles across wooded downlands and 3 rivers on emergency rations.

The author vividly conveys the bravery and extraordinary resilience of the West Yorkshires, who were able to face up to the terrible ordeal of such a battle without loss of morale. Remarkably for a book of this period, an account by Major-General A. D. von Unruh, which gives the German perspective of the offensive, has been included.