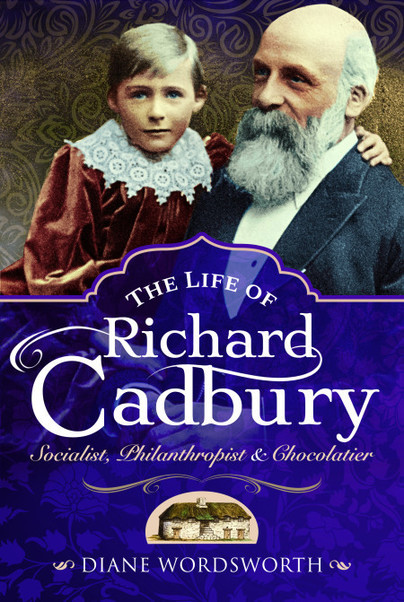 The Life of Richard Cadbury (Hardback)

Add to Basket
Add to Wishlist
You'll be £15.99 closer to your next £10.00 credit when you purchase The Life of Richard Cadbury. What's this?
+£4.50 UK Delivery or free UK delivery if order is over £35
(click here for international delivery rates)

In 1861, the now floundering firm was taken over by two of his sons, Richard and George, who turned things around and continued to grow the company into the organisation we see today.

There is a lot of information available about George Cadbury, but the only previously published biography of his older brother Richard is now out of print. The Life of Richard Cadbury is a brand-new biography hoping to put that straight, looking at the history and background behind the socialist, philanthropist and chocolatier.

What made it interesting to me was the strong use of letters and diary entries- I think I gained more of an insight into the Cadbury mind. I think you can really get a good picture of these deeply socially responsible people who worked tirelessly to protect children and the poor.
They were famous as Quakers and abstained from drinking alcohol. Something that made me smile this Christmas was that my family received a gift of some chocolates that were made by a firm founded by the so many times removed Grandson of John Cadbury. The box of these chocolates gave a suggested drink to drink whilst eating the chocolate- and yes, these suggestions were alcoholic. I did think that that decision would have been frowned upon by Richard Cadbury and his brothers. Although, that the firm had changed greatly since those early days, and I’m not sure what they would make of the firm as it is today.
I’ve found reading about the Cadbury’s really inspirational and I admire their deeply held belief in doing good works and putting back into the community. This is a well researched book and I’m so grateful to Pen & Sword for approving me and giving me the opportunity to read this book.

So I jumped at the chance to read this book, thinking I'm one of Cadburys biggest customers lets see how it all began.
Richard Cadbury was the second son of Quaker John Cadbury's cocoa and chocolate factory.
Together with his younger brother George, he took over the family business in 1861 and in 1878 acquired 14 acres of land in open country, south of Birmingham, where they opened a new factory in 1879.

Over the following years, more land was bought and a model village was built for the workers which was known as Bournville.

What I discovered about Richard Cadbury wasn't really about Chocolate but about his heart. He had a huge and very kind heart which was apt considering he was credited for creating the first ever heart shaped chocolate box.

Later on Dairy Milk was suggested as a name after a customers daughter suggested it after they were all calling it Highland Milk, and Dairy Maid. Dairy Milk was launched in 1905. It was sold in unwrapped blocks and could be broken down into penny bars.

Ultimately Richard Cadburys beliefs were that all human beings should be treated equal and should live in peace. He believed in social responsibility and social reform. The brothers improved working conditions for the employees and community.

The brothers set new standards for working and living conditions which were unheard of in Victorian Britain and the Cadbury plant became known as "the factory in a garden"
Their aim was that one tenth of Bournville estate be laid out and used as parks, and recreation grounds and he did just that.

Richards father John Cadbury, a young quaker opened a shop in 1824, in Birmingham. He sold coffee, tea and drinking chocolate amongst other things.
He would of been proud to see how his beliefs were continued by future generations of Cadburys.

With the help of family letters and the remaining family members the author was able to tell us how the family lived their lives and dedicated themselves to the community.

The letters are quite detailed and are obviously from the late 1800's so the vocabulary used was different to todays. The read will not be for many as it features heavily on a quaker life and their beliefs.

Congratulations to the author for the well researched book. If you are ever in Bournville in Birmingham i highly recommend a visit to Cadburys World. Although I am not sure what Richard Cadbury would have thought of it!

This book has many diary entries, letters back and forth from and to Richard Cadbury. Having had Cadburys as a kid and fascinated by their ads, I couldn't wait to know the story. Richard Cadbury was a creative too who wrote poems and essays. Apart from being a good businessman he was a caring soul for all.

This book has been researched well using family archives and other documents and brings Richard Cadbury to life as a philanthropist as most of the Victorian chocolatier were and how also bought up the company from virtual ruin to a leading chocolate company. This also brings the story of this Cadbury to the modern world.

A really detailed and interesting book about the Cadbury family. The business was failing, the product was inferior and had it not been for some inheritance money, the company would have gone! But this is more than a book about chocolate.

With the help of family letters and remaining family members the author was able to tell us so much about Richard. He was a kind, generous and good man but is, sadly, hardly remembered. He gave workers better working conditions, helped the poor, helped the elderly and so much more. I really enjoyed delving into the past of this remarkable man's life. I enjoyed reading this book.

Diane Wordsworth’s work has appeared worldwide. Primarily a broadcast journalist, she also edits and proofreads books and magazines. Diane moved from Solihull to Yorkshire in 2004, where she now writes and edits on a full-time basis. She is currently exploring an A to Z of Yorkshire with her husband, Ian. 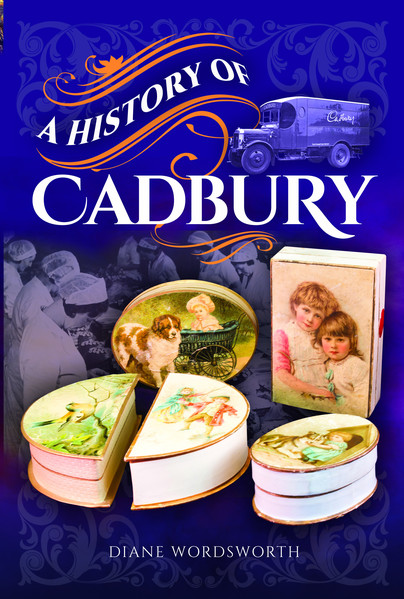 A History of Cadbury (Hardback)

Click here to buy both titles for £35.98
More titles by Diane Wordsworth